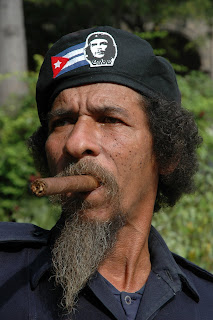 Cuba's socialist system "could come apart suddenly" without democratic reforms, according to an unusual document written by former Cuban diplomat Pedro Campos Santos.
''The majority of Cubans are frustrated, alienated and hopeless, and the new generations -- unmotivated -- do not feel the same commitment as previous generations towards this socialism that is poor and without perspectives..." said the document, which was posted on Aug. 17 on the web site, Kaos en la Red.
The document, which urges a transition to "democratic socialism," claims to represent the views of "various Cuban communists and revolutionaries," according to an Aug. 26 story by El Nuevo Herald.
The document has drawn passionate comments of support and rejection. Supporters say it could be a starting point for debate over the future of the socialist government. Others criticize the author, Campos, calling him a "worm" from Miami.
The web site says Campos is retired, but doesn't make clear where he resides. He describes himself as a member of Cuba's Communist Party.
Posted by alongthemalecon at 1:05:00 PM

What seems to be to me wonderful of vat they are the low levels of poverty and illiteracy, of hi in mas I am in disagreement with or political regime.