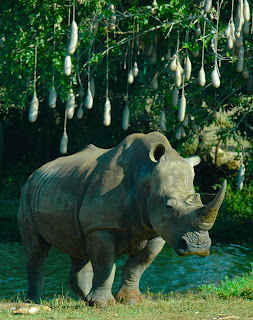 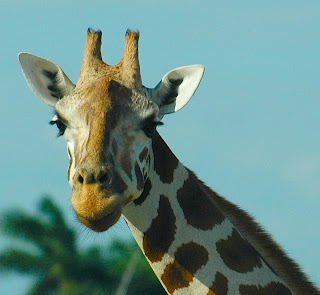 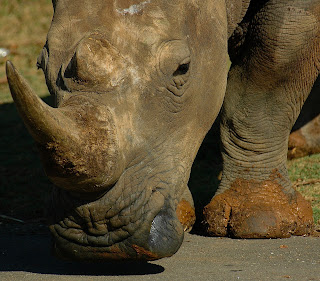 About 20 years ago I sold my beat-up but beloved 650cc Triumph Tiger motorcycle for a measly $850 because I was desperate and needed the money. I wonder how much stuff Cuba sells because it needs the money. Not just animals, but paintings, antiquities, rare coins, stamps, sculptures and more. The thought occurred to me over the weekend when I read a BBC story about Cuba's plans to send zoo animals to Venezuela in exchange for veterinary supplies.
At least zoo animals can reproduce, unlike my Triumph, so maybe Cuba is just getting rid of surplus animals.
I guess trading the animals to Venezuela is more civilized than killing the animals and eating them. A Reuters story said that occurred during the height of Cuba's economic crisis in the 1990s.
The Reuters story said: "During the "special period," as the crisis after the Soviet collapse is known in Cuba, some zoo animals were said to have been taken and used for food."
I visited one Havana zoo a few years ago and was surprised how easy it was to get close to the animals. Visitors could drive their cars through fields where giraffes, elephants, rhinos and other animals were running loose.
Posted by alongthemalecon at 6:00:00 AM

Tracy maybe you can tell us what kind of journalism ethics allows one to insert a totally heresay accusation like Cubans eating their zoo animals in an article that has little relation to that charge?? Are journalists allowed to just stuff every rumor they hear into articles, without even giving the Cuban authorities a chance to refute the charge? What a low blow.

leftside - You're right that the Reuters article cites no sources for the claim, and so perhaps it isn't fair to repeat the accusation. But I didn't include it to bash Cuba. Thanks for your comment.

I was criticizing the Rueters piece and the lax journalistic practicies that seem to be tolerated more by editors when it comes to making accusations against Cuba (and not giving the other side).

One reason Cuba stories often wind up with a negative slant is that so-called good news often doesn't generate any interest among newspaper editors. But if you've got a story about a total disaster or a tragedy, then you're on your way to Page 1. It's a problem with the American media in general.
Take that and add any biases that a journalist might have toward Cuba. Pile on a few misconceptions, maybe a little nationalism or flag waving. Pretty soon you've got a pretty negative picture.

I've gone back and (re)read some of your articles and I like that you use a lot of quotes - and a fair amount are actually Cuban. That seems to be the missing link in most stories - what do the Cubans think (and the real experts, not those who haven't been there in 40 years, if ever).