The power of Santeria 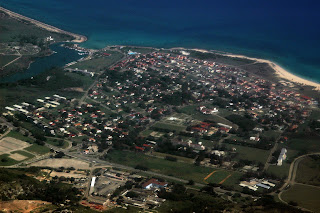 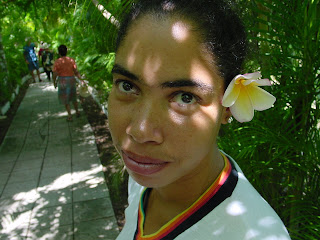 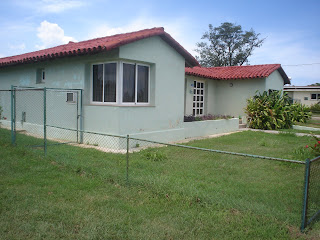 Yoruba priests plan animal sacrifices and drum beating on Wednesday, Fidel Castro's 82nd birthday, to try to bring "health and long life to the Comandante," according to a Reuters dispatch.
"The celebrants will also plant a ceiba tree (Ceiba pentandra, or kapok tree) in the town of Bahía in honor of the revolutionary leader," Cuban Colada says.
Belief in Santeria is widespread in Cuba. When I lived on the island, I lived in Tarara, a beach town east of Havana, pictured above.
A Cuban government tourism company ran the complex where I lived and provided maids. I guess I tipped my maid pretty well and she wanted to stay at my house, above.
But one day her bosses decided to transfer her to another complex. That's when she appealed to her Afro-Cuban gods to try to avoid getting moved. She tore up a paper bag, wrote on her bosses' first and last names on the pieces of paper, then wrote her name over their names - the idea is to dominate that person. Then she placed the papers into plastic cups, filled the cups with water and put the cups in the door of my freezer. I discovered the odd arrangement and asked about it.
The maid wouldn't tell me what it was going on, but another Cuban explained that my maid had placed the cups in the freezer to try to freeze the future actions of her bosses.
But somehow it didn't work. The gods weren't listening. The maid was moved anyway and the housekeeper who wound up working at the house the longest was Roxana, above. But it was an interesting episode.
Posted by alongthemalecon at 9:52:00 PM

A significant portion of the population has practice Santeria at one time or another in their lives. Some people looking for health, others looking for power and sometimes for love as well.

I'm not Cuban. I am Puerto Rican and in my country Santeria is practiced big time as well... It's a beautiful religeon.

Santeria is an interesting religion. I want to learn more about it.