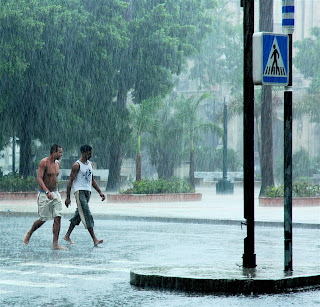 Phil Peters, an expert at the Lexington Institute, a private research organization, took aim Friday at U.S. travel laws restricting family visits to Cuba, saying they were a “major foreign policy mistake” and had “no strategic benefit.”

"At the heart of the policies that helped win the Cold War was a belief that American openness was an element of American strength,” Peters told the House Subcommittee on International Organizations, Human Rights, and Oversight.

(Transcript of his remarks).

U.S. regulations “unreasonably limit” Cuban-Americans and anyone else who wants to give “direct, effective aid” to Cubans recovering from the devastation of hurricanes Ike and Gustav, said Peters, who blogs at The Cuban Triangle.

“Surely no American would wish today to see Cuba plunge into a humanitarian crisis, in the hope that acute suffering would somehow force the Cuban people to act. The likely result would not be political change, but a Florida Straits migration crisis that would be our crisis too,” he said.