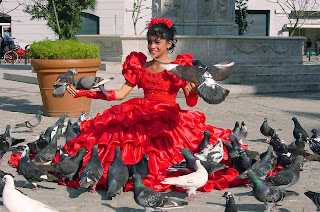 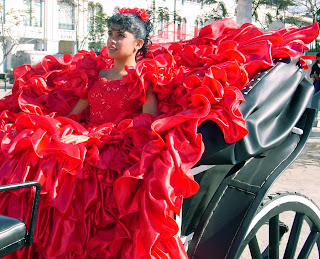 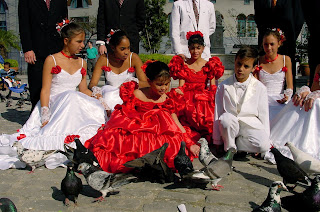 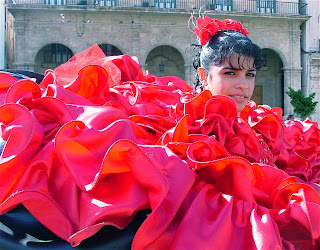 Some Cuban families begin saving for their daughter's 15th birthday celebration practically from the day the child is born, according to a mother interviewed by Youth Radio, an Oakland, Calif., media education and production company.

Fifteen-year celebrations - or quinceañeras - are popular throughout Latin America, but declined in popularity in Cuba after the 1959 revolution. But quinceañeras "have been making a comeback" in Cuba, Youth Radio said in this report.

In socialist Cuba, big, extravagant quinceañeras were held in disdain for years as a pre-Revolutionary bourgeois cultural vestige. But the showy, ostentatious affairs have been making a comeback, driven in part by shifting cultural attitudes and Cuba’s emerging dollar economy. Some cash-strapped families now save for years to lavish their daughters with expensive parties, rented Mercedes-Benzs, and bright, flowing gowns.

When I worked in Cuba, my office was on the fifth floor of the Lonja de Comercio building in Old Havana, a floor down from the Associated Press office. From my office windows, I could see quinceañera celebrations taking place in and around the Plaza de San Francisco down below. Brides and their grooms also streamed into the plaza to have their picture taken with the pigeons, who cared more about the bread crumbs and frequently tested their marksmanship on the fancy dresses (no worries - it just falls between the frills).
The Youth Radio report asked a 14-year-old what the quinceañera meant to her.

People here say different things about what it means to have your quinceanera. Some says it means it’s OK for a girl to have sex. Other people just see it as another excuse to have a big party. For me, it’s a little different, like something I know I’ll always look back on.