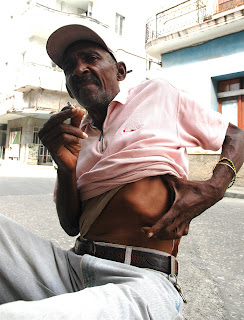 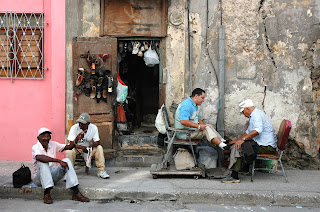 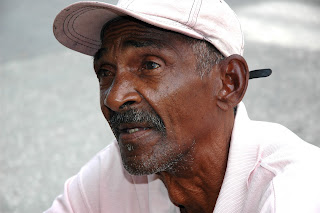 Ernesto Wenceslao said military police tortured him 50 years ago and his body never quite healed. He raised his pink shirt to offer what he described as evidence of the crime: A rib jutting out at an odd angle.
“They tied me to a bed and tried to pull out one of my ribs, just like you’d yank a tooth,” said the 73-year-old, sitting outside near the neighborhood shoeshine man in Centro Habana.
Teen-agers walked past, paying little attention to Wenceslao’s description of his ordeal during the rule of dictator Fulgencio Batista. But Wenceslao re-lived the moment as if it were yesterday.
Wenceslao, a native of Guantanamo in eastern Cuba, said he was 17 when he joined the revolution and fought with Raul Castro, now president of Cuba.
"Raul was 17," Wenceslao said. "He was a boy and he was skinny."
Wenceslao's brother, Julio, nicknamed "Chiton," was also a fighter, but was captured in 1958.
Shortly afterward, Wenceslao said military police came for him, took him to a government building, tied him to a bed and began to torture him.
"They interrogated me about my brother. I didn't know it then, but he was already dead," Wenceslao said.
The worst moment, he said, came when a military policeman grabbed a horseshoe nail puller and began tugging on one of his ribs. It was about 3 a.m. He doubted he'd see sunrise. Then he heard the voice of a lawyer, a friend of his father's, and several others. Wenceslao said he began to yell and the lawyer came to his rescue and got him released.
A half century later, Wenceslao said he still believes in the Cuban revolution, despite his country's severe economic troubles and other woes.
"The revolution is the greatest thing ever," he told me.
Later I checked Google and swiped a photo of a horseshoe nail puller. It is below. Ouch. 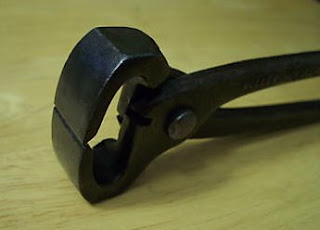