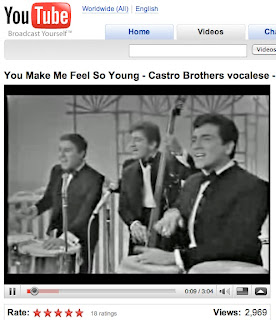 Cuba didn't figure much into last night's debate between Sarah Palin and Joe Biden. The Alaska governor did lash out at Barack Obama for suggesting he'd meet with such "dangerous dictators" as the "Castro brothers" without setting preconditions, Cuaderno de Cuba says.

Naked Politics quoted Palin as saying Obama's willingness to sit down with such characters "goes beyond naivete and goes beyond poor judgment."

A statement that he made like that is downright dangerous ..

A visitor to the Democratic Underground seemed to agree:

I kept thinking of the line from Scarface...And f--- the Castro brothers! I bury those cockaroaches!

But a visitor to a Harmony Central disagreed with Palin, describing her comments as "stunning idiocy from a talking point parrot," echoing a phrase from other forums.
Someone at the same forum chimed in: "I thought the Castro brothers might be a new country duo."

And it gets stranger. Said a visitor to the Daily Kos:

I love the Castro brothers! What a great band. I'm glad that Sarah Palin is a fan too. The Castro brothers have yet to release their North American tour schedule but I know that I'm going to be there. They're like the Bacon Brothers of Cuba.

Now, in case you are wondering, there is such a thing as the Castro brothers band. And here is a YouTube video of the group.
Posted by alongthemalecon at 6:18:00 AM