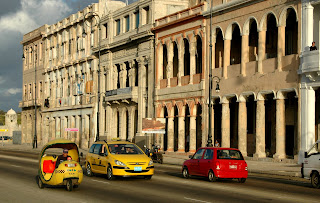 It used to look like a baseball score, but it's looking more and more like football.
17-0. Two touchdowns, two extra points and a field goal.
By one measure, that's the score in the diplomatic fight over U.S. sanctions against Cuba.
And Cuba is winning.
For the 17th time, the United Nations General Assembly on Wednesday voted to condemn U.S. trade sanctions against Cuba, AFP reported here.
The vote was 185 to 3 with only the U.S., Israel and Palau refusing to condemn what Cuba describes as an economic and political "blockade."
Cuba's Foreign Ministry considers the 46-year-old "blockade" to be "the main obstacle to the economic and social development of Cuba and a flagrant violation of the human rights of an entire nation." 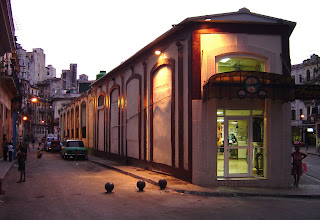 The U.S. pretty much ignores the U.N.'s non-binding resolution, as well it should, according to Phil Peters, writing in his Cuban Triangle blog. But there are a few things we can learn from the vote, he said. One is that "Cuba knows how to do multilateral diplomacy." Another is that "if a new U.S. Administration decides that it wants to work more closely with allies and other countries on the Cuba issue, U.S. sanctions...are an obstacle."

More astonishing than our willingness to raise the ire of nearly the entire world with our embargo is that it has survived this long in the face of overwhelming evidence of its failure. For 50 years, this country has been trying to produce regime change on the island by strangling it economically. Last we checked, a Castro was still in power...

The presidential election offers a rare opportunity for change. John McCain favors business as usual with Cuba, but Barack Obama believes that Cuban Americans should have unrestricted rights to travel to the island and send remittances.

Yeah castro wins. 17-0. Bullfuckingshit. Cuba only wins when the U.S. caves in. Fuck you.