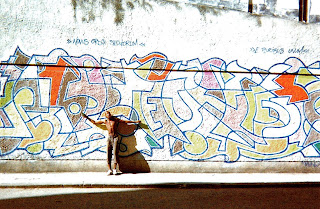 Photo by Yusniel. Age 14
While in Cuba earlier this year, I handed out disposable cameras to Cuban children on the street and asked them to take pictures of their world.
I wanted to see Havana from their point of view. Here's how I got started: I spotted three children playing marbles on the street and explained the idea to them. They shoved their marbles into their pockets and were eager to give photography a try. So I passed out the cameras and explained how they worked. The children ran down the block, around a corner and I quickly lost sight of them. 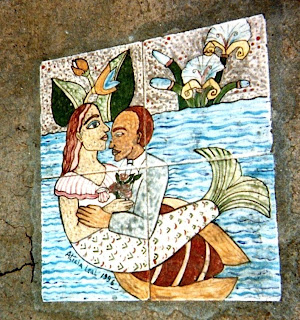 Photo by Yusniel. Age 14
I wasn't sure if all of them would come back or not. But they did. They used up the film in the cameras and returned them to me. More children gathered around at that point, wondering what was going on. So I reached into my backpack and passed out more cameras.
I think I started with a dozen cameras or so. The children captured images on seven of them and I gave away the other five cameras. 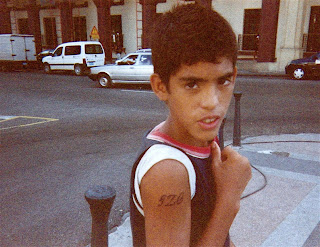 Photo by Angel. Age 14
One enterprising boy shot all the pictures on his camera, then peeled the paper off the plastic camera so he could salvage the batteries inside. Smart kid. 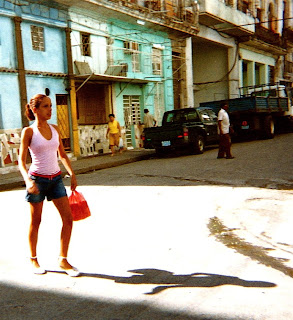 Photo by Miguel. Age 15
Another child grabbed a camera I passed out, turned around and fired off shots as quickly as she could. Pop, pop, pop, pop. Then she turned to me and exclaimed, "I'm done! I'm done! Can I have some candy?"
Well, I don't blame her. I was handing out treats to the budding photographers. But I wouldn't say my experiment was well planned. It was mostly chaotic and spontaneous. But I think everyone had fun and the children did a great job. I love their pictures. 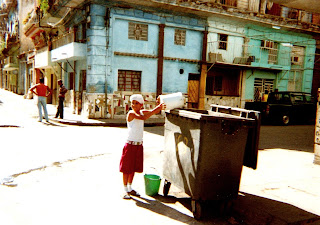 Photo by Miguel. Age 15
Someday, I'd like to take the exercise a step further: Give cameras to university-level student photographers and artists in Cuba and ask them to take pictures that are important to them and represent their world. Then pass out cameras to American college students and ask them to do the same.
The photos could tell us a lot about how young people in both countries see their lives and the people around them. 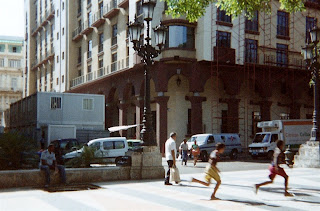 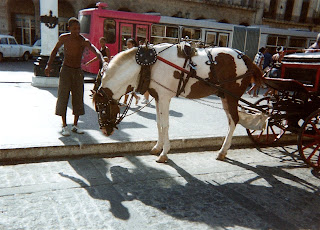 Photo by ? I don't know who took this picture. It may the same resourceful child who snatched the batteries from  the disposable camera. 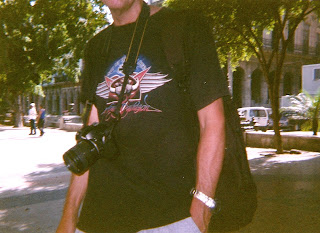 This is a great post Tracy. The idea is great and I hope you can continue to "develop" it (hehe).

I'm from Peru originally, and I love to see photos from Peru taken by Peruvian students. Fortunately, blogs have come to the rescue. There seem to be a growth of websites that concentrate on new photography coming from Peru, such as PeruFotoLibre.Com.

I would love to see a similar website that caters to new photography, by young Cuban photographers who want to document their lives.

Interestingly, the police did not bother me or the children while we shot pictures, although a few officers stood nearby watching