Cuban markets before and after the hurricanes 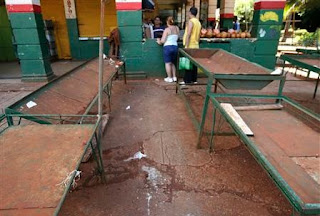 Reuters published a striking photograph, above, of a vegetable market with very little to sell.
Some Cuban officials warn of possible food shortages that could last six months as the country recovers from the hurricane disasters, Reuters reports.
When I lived in Cuba, I had no trouble stocking the refrigerator. The agricultural markets usually had plenty of fruit and vegetables. Pickings were sometimes slim in the grocery stores. The Tarara store where I shopped sometimes had only one or two kinds of meat - ground turkey and chicken. But I have no complaints. I had U.S. dollars - and later convertible Cuban pesos - and so I didn't face the same problems many Cubans faced.
The photos below show a vegetable market in Guanabo and a store in Holguin. 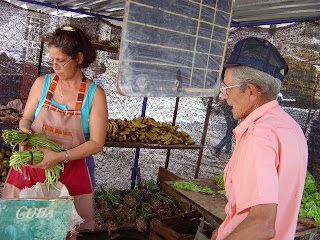 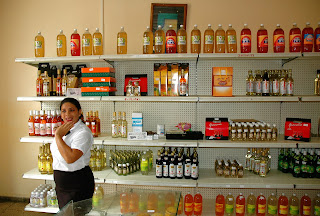