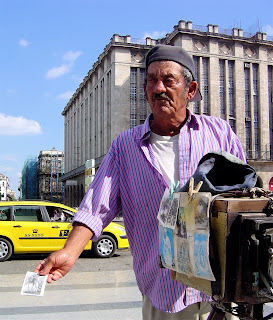 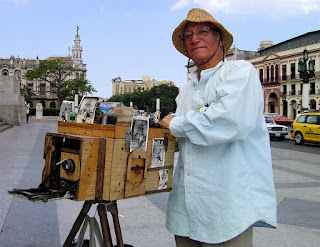 Some Havana shutterbugs make a living off cameras that are more than a century old. The photographers work in the shadow of Havana's National Capitol Building, better known as the Capitolio. And they use the same old-style boxy cameras that were popular in the early 1900s.
About a dozen photographers use the vintage gear, which is equipped with a mini-darkroom for on-the-spot processing.
The oldest camera in use at the Capitolio was supposedly built in 1900, the photographers told me for a newspaper story almost 10 years ago. The scene hadn't changed much when I was there over the summer. The photographers were still snapping away, charging foreigners $1 per picture. A 23-second video of one of the photographers is below. 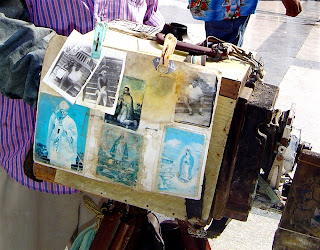