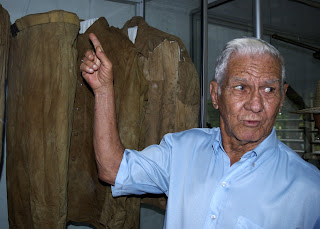 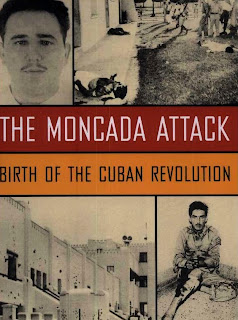 I've been reading bits and pieces of a 2007 book called "The Moncada Attack: Birth of the Cuban Revolution," by Antonio Rafael De la Cova. It's an impressive work, some 448 pages detailing Fidel Castro's failed attack that launched the Cuban revolution.
On Mambi Watch last year, De la Cova listed dozens of his sources for the book and they included many Moncada survivors. Mambi Watch said De la Cova, an Indiana University Latin American studies professor, had been chipping away on his masterpiece for some 30 years.
I credit Antonio De la Cova for his dedication, although at the moment I don't have $59.95 for his book, which is why I'm reading pieces of it online.
Anyway, in the book, described in detail here, the author writes of the role that many ordinary Cubans played in the Moncada attack. One such figure is Florentino Fernandez, then a 26-year-old orderly at a military hospital in Jaimanitas, west of Havana. Fidel Castro had decided early on that the Moncada attackers should disguise themselves as soldiers, so they needed to find some army uniforms. The book says that Fernandez pilfered from a hospital laundry most of the uniforms needed in the attack. He also bought some handguns on the black market.
In the July 2008 photo, above, Fernandez recalls his role as he points to some of the old uniforms.
The uniforms, some of them still stained with blood, are on display at the Siboney farm where the rebels spent the night before the July 26, 1953, Moncada attack.

The Siboney farm is not far from Santiago de Cuba. The Miami Herald reported in this 2006 story that it is a museum.

Exhibits show how Castro's No. 2 man, Abel Santamaria, turned the property into a fake chicken farm, building coops to hide cars used in the attack. Weapons were smuggled in chicken feed bags, then stored in the farmhouse's ceilings and a well outside.