Religious freedom in Cuba: First the Greek church, now the Russians are coming 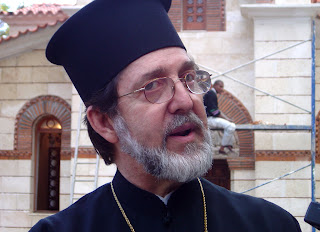 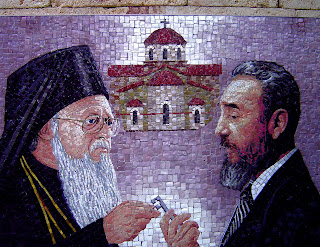 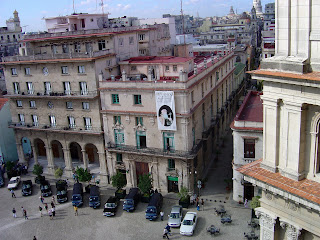 Cuban President Raul Castro attended the opening of the first Russian Orthodox Church in Havana over the weekend. His visit is part of the Cuban government's efforts to improve ties with Russia, the BBC and other news organizations reported.

Cuban officials may also be trying to show they are tolerant of religion. The State Department's 2008 Report on International Religious Freedom said Cuba "continued to place restrictions on freedom of religion." The Cuba portion of the Sept. 19 report is here and the full report here.

Metropolitan Kirill of Smolensk and Kaliningrad attended the church opening and told reporters on Tuesday that he met with Fidel Castro for 90 minutes a day earlier, Cuban Colada reported.

He is in full command of his senses, and I refer both to the past and the present. It is proof of his overall recovery and his inner strength. When he shook my hand, I felt much strength in his grip.

The meeting brought back memories of the opening of the Greek Orthodox Church in Havana in January 2004. That was the first opening of a new church in Cuba in more than 40 years, according to this report. The photos, three above and one below, show some of the scenes from that day. Note the tile mosaic showing Fidel Castro giving the key (apparently symbolic of the key to the church) to Patriarch Bartholomew. It's kinda funny - you know, peculiar funny. 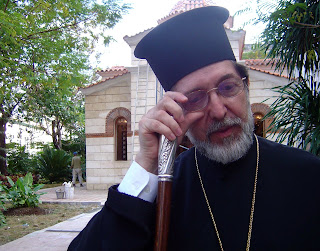