Quick fix possible for the U.S. in Latin America? 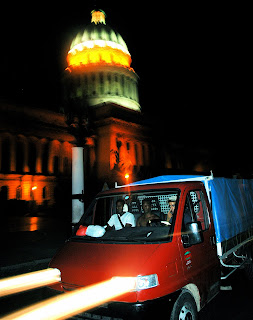 Retired Army Col. Lawrence B. Wilkerson believes the U.S. is going backwards when it comes to Latin America. According to the Havana Note, he recently told a crowd at the University of North Carolina:

The Chinese are going to drill for oil within 60 miles of the coast of Florida; Russia just landed Tu-160 Blackjack strategic bombers in Venezuela and Russia contemplates building a space launch facility in Cuba...

We're barely tolerated in Mexico and puzzled over in Brazil...

But, says Wilkerson, a self-professed conservative, the next American president can begin to turn things around for the U.S. in Latin America by doing one thing: Renew economic ties with Cuba.

Establishing more or less, más o menos, normal relations with Cuba—after more than a century and a half of paternalistic/imperialistic behavior toward Havana—would be such a stunning signal to the rest of Latin America, that all manner of positive changes throughout the hemisphere might be possible in its wake.