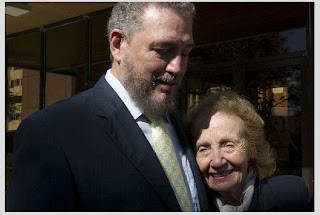 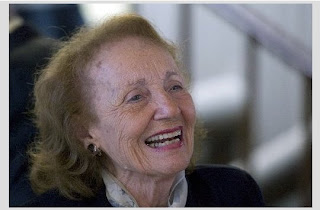 Mambi Watch reported today on the recent meeting between Fidel Castro's son, Fidelito, and his mother, Mirta Diaz Balart, who was in Havana for a visit.
What a family! Mirta's nephews, Lincoln and Mario, are both in Congress and they're among the fiercest opponents of Fidel Castro. I wonder if they approve of Mirta trotting off to Havana.
There's been bad blood in the family for many years. Ann Louise Bardach wrote about the custody battle over Fidelito in her book Cuba Confidential.
Mirta and Fidel married in 1948 and divorced seven years later, while Castro was in exile, after having one child, the Associated Press said.
Mirta met her son in Havana on Nov. 14. According to the AP:

Fidel Castro Diaz-Balart is a senior researcher and professor of the Cuban Academy of Sciences. He met his mother Mirta Diaz-Balart during the opening session of a scientific seminar.