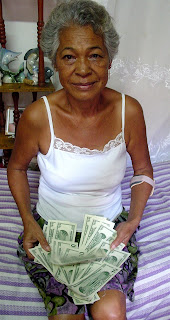 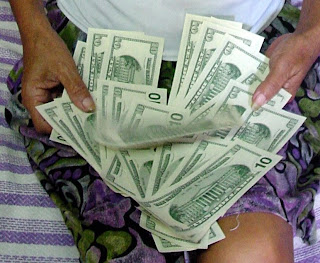 President-elect Barack Obama has said he'll push for changes in U.S. policies toward Cuba, say this report and others. One expected change: Cuban-Americans will have an easier time sending money to Cuba and traveling to the island.
Whites in Cuba will likely benefit the most because a greater share of their relatives live in the United States.
Blacks and mixed-race Cubans on the island have received fewer remittances over the years and because of that and other factors they have fallen behind whites in income.
In 2002, I wrote a story about the topic and quoted a woman named Elsa Chon. She told me her monthly pension was just $3.81.

You think I can live well on that? she told me. The truth is, I can't. It's impossible.

After the story came out, readers sent me several hundred dollars for Elsa. She was stunned and grateful. A picture of her - and the loot - is above.
Below is the photo of another retiree I quoted and a picture of him and his wife when they were young. 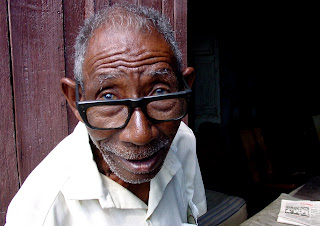 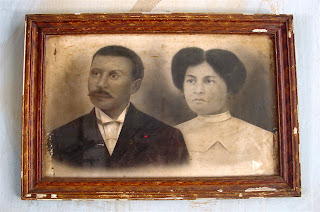