Tequila is not helping Cuban writer 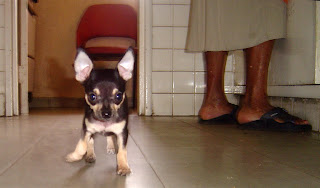 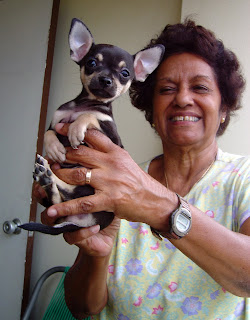 Head up the stairs, knock on the door and you'll likely hear a ferocious yap somewhere below.
It's Tequila, a teeny chihuahua with a penchant for chewing up pens and pencils. Now this wouldn't be such a bad thing if Tequila's owner were a lumberjack or a welder or any other laborer whose work does not depend on the written word. But Tequila's owner is Marta Rojas, a writer who needs her pens, especially in a place like Cuba, where supplies are sometimes scarce.
But if you look past all the chewed pens on Marta's desk, past the scribbled notes and the old newspaper clippings and the books, you'll see a computer. And Marta spends many of her days at the keyboard cranking out historical novels with such names as "Holy Lust." 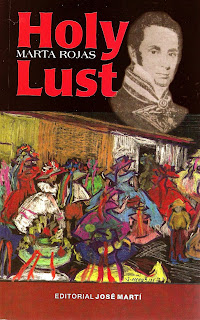 Cuban newspapers spun out stories on Marta's career when she turned 80 years old earlier this year. Juventud Rebelde's story is here and Granma's story is here, both in Spanish.
Marta, the daughter of a seamstress, gained fame in socialist Cuba for her coverage of Fidel Castro's 1953 assault on the Moncada military barracks, an attack that launched the Cuban revolution. Marta covered Castro's trial afterward and is said to be the only journalist who took meaningful notes during the legal proceedings, which include Castro's four-hour "History Will Absolve Me" speech on Oct. 16, 1953. 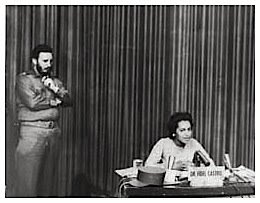 Marta Rojas, above, speaks at a press conference on Dec. 17, 1959, after Fidel Castro asked her to answer a question about Moncada.

In May, the Cuban press celebrated Marta's 80th birthday. I saw her a few months after that and she looked and acted at least 20 years younger.
I have also gotten acquainted with her pooch, Tequilita, who runs around the apartment and occasionally jumps from the chair to Marta's desk to look around for rawhide treats and anything else, including the writer's precious supply of pens.
Marta has a fascinating background. Her grandmother was a slave in the Cuban town of Matanzas. Marta says that as the granddaughter of a slave, she doubts she would have had the same opportunities if not for the Cuban revolution.
She has written a string of books and regularly travels abroad for book fairs.
Cuban novelist Alejo Carpentier writes that Marta is "a lively talented writer...with great insight."
Miriam DeCosta-Willis calls her "a consummate artist."
Marta shrugs off the attention and would rather talk the role of slaves in colonial Cuba than herself. But I did find a short narrative Marta wrote about herself in Decosta-Willis' 2004 book, Daughters of the Diaspora. You can preview that book on Google. 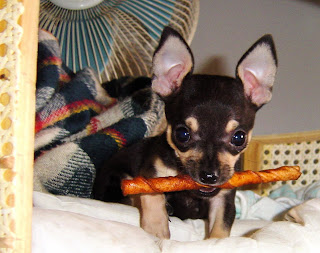