Annual Pilgrimage: They crawl until their skin is bloody 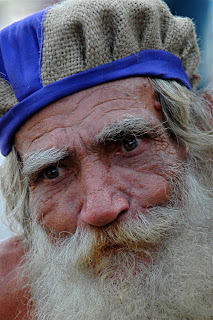 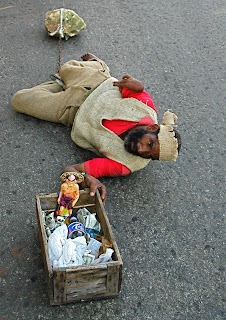 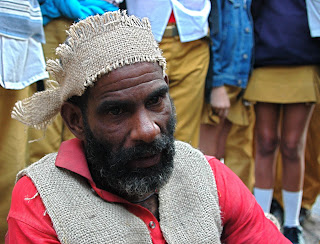 Quietly, patiently, they shove themselves along dusty roads and asphalt highways. Some crawl on the ground dragging huge rocks tied to their angles. 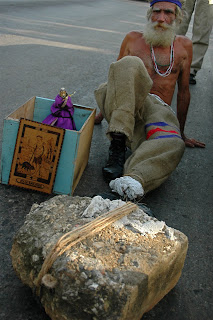 Every December, the faithful make their way inch by painful inch to the Sanctuary of San Lázaro. Thousands of Cuban pilgrims converge on the sanctuary and a nearby church, Iglesia de San Lázaro, to give thanks or ask San Lázaro to grant a favor or a miracle. 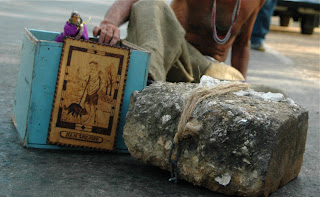 Moon Travel calls the church a "must see" attraction. It says:

San Lázaro is the patron saint of the sick, and is an immensely popular figure throughout Cuba (in santería, his avatar is Babalú Ayé). His symbol is the crutch. His stooped figure is usually covered in sores, and in effigy he goes about attended by his two dogs. Limbless beggars and other unfortunates crowd at the gates and plead for a charitable donation. 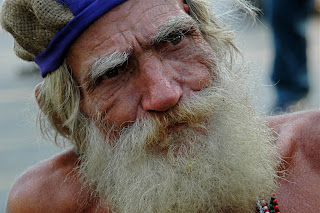 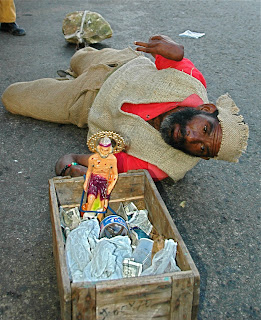 The sanctuary and church are near Rincón, southwest of Santiago de las Vegas. The complex includes Los Cocos, a sanatorium for leprosy patients and AIDS victims. 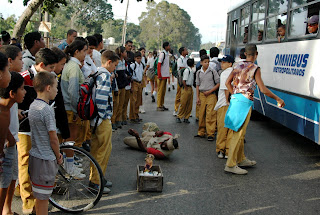 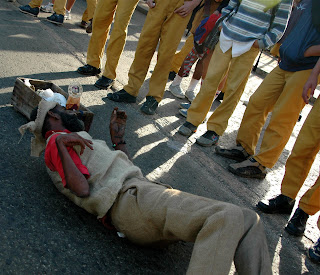 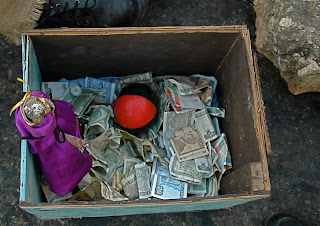 The yearly pilgrimage takes place on Dec. 17, but many people start making their way to the church days or weeks in advance. Cubans watching the procession often give the pilgrims donations.
Seeing the pilgrims dragging those rocks for mile after mile is an incredible sight and shows the lengths people go for their faith.
Posted by alongthemalecon at 5:08:00 PM