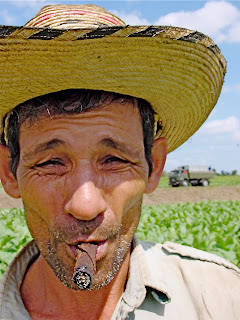 For the first time in 50 years, the Cuban government is making it easier for farmers to get credits to buy products and materials, Cuba Verdad reports. This news has been out there for several weeks. Since taking charge, Raul Castro has vowed to boost production in the countryside. That goal took on much greater urgency after the hurricanes hit. Some foreign diplomats have said they believed food reserves in Cuba would run out this month.

The Center for Democracy in the Americas said "fruits and vegetables are harder to find in Havana and throughout the country in the aftermath of Hurricanes Ike and Gustav."

The government is tapping food reserves and pressuring farmers to sell to their products to the state to bolster the monthly food ration. ...the government has said it will import whatever it needs to avoid hunger.

A survey by Reuters found that starches and proteins can still be found easily, but supplies of vegetables and fruits have dried up in state markets, supply and demand markets and on the black market.

I linked to your post, hope you don't mind :D