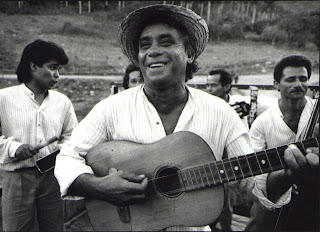 A little more than six years ago, Cuban musician Polo Montañés was fatally injured after the car he was driving smashed into a parked tow truck. He and his wife, Adis García Álvarez, were coming back from a birthday party on Nov. 20, 2002. The time was 7:10 p.m.

Garcia's son, Maikel González García, 25, was also killed in the accident. Montañés was pronounced dead of his injuries at 11:20 p.m. on Nov. 26.

It was especially tragic because Montañés had just hit it big.

He was beloved in Cuba not only for his music, but his humble background. He had done a lot of jobs - milked cows, drove a tractor, cut wood. But his true passion was his music - authentic rhythms with roots in Cuba's countryside. He was best known for a song called "El Guajiro Natural." 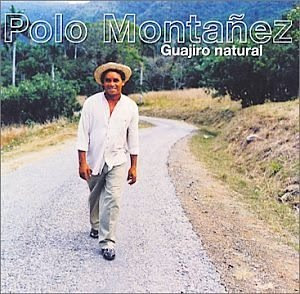 Guajiros are country folk in Cuba. As Montañés' sang in Guajiro Natural,

When I look at the picture of this proud guajiro, below, I think of Montañés - Cuba's original country boy. 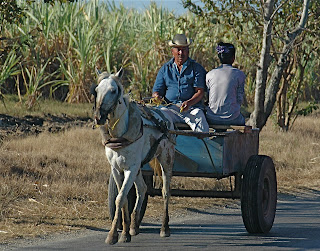 More information:
Interview with Polo's widow, in Spanish, is here.
Cuba Junky has a tribute to Polo. This is also where I found the black and white photo at top.
Another tribute to Polo six years after his death, in Spanish, is here.
52 second YouTube video of him singing Guajiro Natural.
Another YouTube video of him during a live performance. Length: 3 min., 45 sec.