Hillary Clinton's counterpart in Cuba is a formidable figure 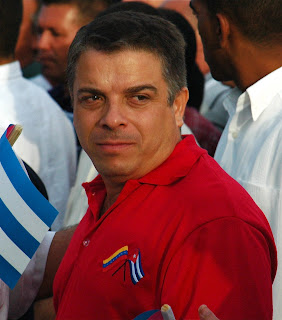 Cuba's Foreign Minister is Felipe Perez Roque. He was appointed in 1999. That was almost a decade ago and he's still young - just 43. I've seen him deliver speeches many times in Havana and I've spoke with him a few times. He has excellent public speaking skills and a great memory for details. I've heard some of his critics say he's just good at parroting the party line. I disagree. He's more than a talking head. My impression is that he's a thinker, he's analytic, strategic, sharp. He's fierce in debates and defends Cuba well. He's been on the job for nine years, so he knows his stuff.

I wouldn't describe him as a moderate. He does not back away from confrontations with foreign diplomats or the foreign press. He's a staunch defender of socialism. He told CNN in October that he predicts "more revolution and more socialism in Cuba" after the death of Fidel Castro.

Hillary Clinton, of course, is a political veteran. She's intelligent, determined and not to be underestimated. I would love to be in the room when she and Perez Roque meet.
Anyone know if they've stumbled into each other at any diplomatic events?