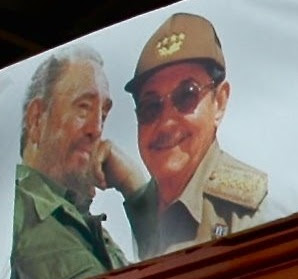 Brian Latell's January report rips into Raul Castro, alternately describing him as:
Inept
Awkward
Uncharismatic
Lethargic
Stressed
Lackluster
Insipid
Dull
Latell, the CIA's former top analyst on Cuba, also said Raul seemed to have a difficult and perhaps "tortured" relationship with Venezuelan President Hugo Chavez. A sign of this came when Raul took a few jabs at Chavez during an appearance with him, Latell said.
“I don’t talk as much as Chavez," Latell quoted Raul as saying. “I even turn the volume down on my television when he is delivering his very long discourses.” 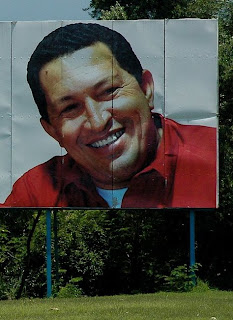 After all the decades of subordinating himself to the overbearing and demanding Fidel, it does not seem possible that Raul would now relish playing second fiddle to the bombastic Venezuelan.

Brian Latell, above. Photo is from Center for Strategic and International Studies Web site. Latell's report is published monthly on the Web site of the Cuba Transition Project at the Institute for Cuban and Cuban-American Studies at the University of Miami.

I have seen Raul Castro speak in Cuba, but I have never had the opportunity to interview him. To be sure, I would be interested in hearing his perspective, his views on what it's like to step in for Fidel Castro after so many years as the No. 2 man. Latell's report is insightful and useful, but does not include any information from Raul's camp. Getting the whole picture is admittedly difficult because the Cuban government limits access to top leadership.

Only one thing in The Latell Report: a melancholic Brian.

Reading the latest Latell Report, I got the sense that Brian might miss the intellectual challenge of analyzing the complexities and intricacies of Fidel Castro and his many speeches and strategies.

If you read Sean Penn's interview of Raul Castro you will see that Raul has to check in with Fidel before and after the interview.

HavanaJournal -
Good point. That was a revealing interview. I would have liked to have seen that interview. That way, it would be easier to judge the context of Raul's remarks. I wonder if he's really serious all the time or if he's just joking. The other thing I have trouble reconciling with all this is that Raul is supposedly the one who turned the armed forces into a money-making enterprise, isn't he? I mean, is it possible he's not a bad administrator and perhaps just not as skillful at some the public diplomacy and speeches?