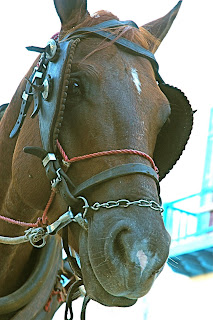 El Presidente. Hola, Señor.
Just in from Radio Hugo Chavez:
Fidel Castro "is working, writing and on top of the world situation," the Venezuelan president old reporters on Friday.

I received a letter from Fidel a week ago, some 8 or 10 days. Everybody knows Fidel's health; I know it very well. There are people who have been assigned to launch rumors about his situation. This is what I know, what I'm aware of and what I believe.

This revelation from Chavez comes five days after he took it upon himself to announce to the world that Castro would never appear in public again.

He doesn't quite explain what he means when he says people are assigned to "launch rumors." What's clearer is that Chavez barely has time to remove one foot from his mouth when the other one is suddenly thrust into the same place.

It's true the rumor that Fidel has died is going around again. Fidel is alive and kicking. Let's send him a shout, a hug, a long live Fidel.

He got the letter 8 - 10 days ago but six days ago he said Fidel won't be seen in public again.

So what was in that letter?

Good point. It does make you wonder.