The Blogosphere: Rumors 'R' Us 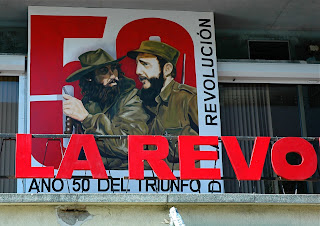 Rumors about the health of a president or a politician didn't always find their way into print so easily. Journalists would speculate all they wanted at the local watering hole, but most newspapers would avoid publishing idle talk.
The Internet and blogs have certainly changed that. And I think the free flow of information is good, although sometimes rumors can be damaging and I suspect that the current debate may offend some Castro supporters.
Still, it's only natural that journalists and others would be keenly interested in the health of Fidel Castro. I believe his fate is inexorably tied to the destiny of the island. I know some Cuban officials who disagree, saying that the country is full of Fidels who will carry on his ideas. That may be so. There are plenty of Fidelistas around. But someone like Fidel Castro comes along only every century or two and his passing will have an impact on Cuba.
Fidel is no ordinary Third World leader. And whether you love him or hate him, he has been a unique and influential force in global politics for more than 50 years. 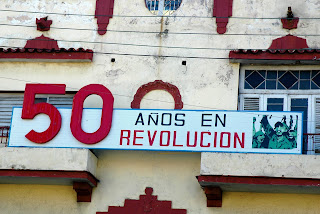 In recent weeks, I've been struck by Fidel's low profile and I've wondered what's going on. Some of the most persistent rumors in recent days center around Fidel's health and whether he's taken a turn for the worse. Havana Journal and other Web sites have published detailed summaries of all the speculation. The blog Penultimos Dias says it is on "maximum alert."
I haven't seen any convincing evidence that Fidel Castro on his death bed or anything like that. Maybe he is, maybe he isn't. I have no idea. But could there be another explanation? I started thinking about that earlier today after a source in Havana told me, referring to Fidel's health:

Don't pay too much attention to the rumors. For now there's no physical worsening. Maybe there's something of another kind. But nothing is expected in the immediate future.

Hmmm. "Something of another kind." That could mean so many things: Alzheimer's, for instance, although I know some leaders who have seen Fidel in recent months have said he was lucid. Or Parkinson's. Or maybe Fidel hasn't gotten worse, but he's receiving some kind of medical treatment that has taken him out of sight.

Or could there be some kind of internal political conflict? A dispute within Fidel's inner circle? A military conflict? Trouble between Raul's people and those of his brother? Castro loyalists have told me these kinds of rumors are false and that the brothers are united. But there is much we don't know.
Could this be some kind of strategic move? Are they keeping Fidel out of sight to draw international attention to Cuba? Do they want to force a distracted and busy Barack Obama to think about Cuba?

These are all just crazy ideas, pulled out of thin air. Crazy ideas, rumors, speculation. Rumors 'R' Us.
Posted by alongthemalecon at 11:39:00 PM

I guess when we have to read between the lines we have to write our own copy.

I guess we're all trying to read tea leaves.