War against the U.S.: Was it Fidel Castro's destiny? 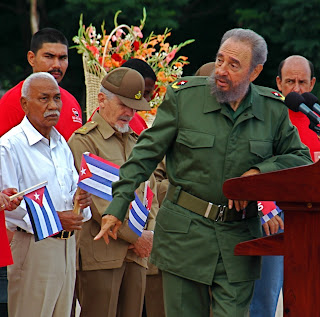 The United States regularly flexes its muscle around the globe, but no country as small as Cuba has so “bedeviled” Americans, said the former top U.S. diplomat in Havana.
“There really is no other country of Cuba’s size that has had such a profound impact on our foreign policy and that has so bedeviled us,” said Wayne Smith, who was posted in Havana during the Carter administration.
“In part this is because of its proximity, but it also has to do with the U.S. perception throughout history that Cuba was strategically vital and that it really should be controlled by the U.S.” 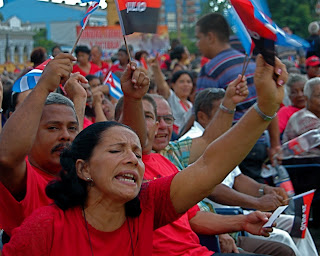 Even before taking power, Fidel Castro showed that he wasn’t going to be shoved around by the Americans. After U.S.-supplied aircraft bombed Cuban rebels in June 1958, he wrote his then-confidant, the late Celia Sanchez:
“I have sworn that the Americans will pay very dearly for what they are doing. When this war has ended, a much bigger and greater war will start for me, a war I shall launch against them. I realize that this will be my true destiny.” 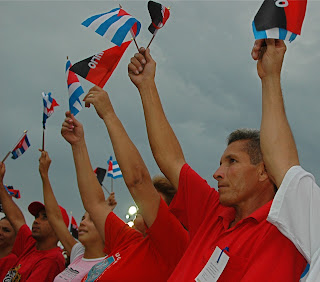 The U.S. was doing some plotting of its own and just two months after Castro took power, then-President Eisenhower’s National Security Council and the CIA were looking at ways to topple him, declassified documents showed later.
Time went by and tensions between the two countries escalated. Castro befriended the former Soviet Union and the U.S. broke off diplomatic relations in January 1961.
Some analysts argue that Castro’s early leftist views would have put him on a collision course with the U.S. no matter what and that he never had any intention of having civilized relations with America.
“Castro has always hated the United States,” one Cuban analyst said. He was friendly with “useful idiots” from the U.S. but had no desire for a “meaningful relationship,” the analyst said.
Others say the U.S. should share much of the blame for the poor relations between the two countries, saying America’s aggressive policies only made Castro more radical. Castro “would make peace with the United States, but only if there are no conditions. He will never agree to hold elections or carry out any other reforms in return for normalization,” Smith said.
Castro took power on Jan. 1, 1959, forcing out then-dictator Fulgencio Batista.
He traveled to the U.S. in April of that year and told Washington politicians that they could have good relations with Cuba, but only if they dealt with the Caribbean island as an equal. 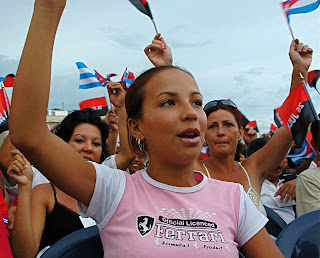 The U.S. tried to oust Castro, first by assassination, later with bombings – which prompted the Cuban president to publicly endorse socialism for the first time.
Soviet-Cuba ties grew close and the State Department called the island a Soviet satellite on April 3, 1961.
Exactly two weeks later came the CIA-sponsored Bay of Pigs invasion, which failed miserably.
Castro turned to the Soviets for weapons, leading to the October 1962 Missile Crisis and bringing the world to the brink of a catastrophic nuclear exchange.
“The worst nightmare was realized when Cuba lined up with our principal global rival and suddenly there were Soviet missiles in Cuba,” Smith said.
The Soviet Union promised to withdraw the missiles in exchange for a U.S. pledge not to invade Cuba.
The revolution rolled on.
Castro became a hero to the Third World and continued antagonizing the U.S.
In December 1975, then-President Ford said U.S. relations with Cuba could not improve unless Castro pulled troops out of Angola. 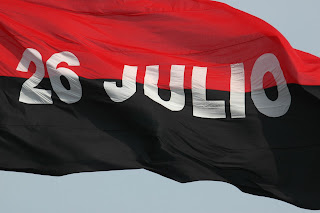 Adding to the tension, Cuba continued to encouraged political revolt in Latin America. And in 1982, the State Department added Cuba to a list of nations that allegedly support terrorism, citing its complicity with Colombia’s M-19 guerrilla movement.
Back in Cuba, Castro waged a non-stop anti-American propaganda campaign.
Cuba regularly portrayed the U.S. as violent and evil, decadent and corrupt, without morals or purpose. Congress was the target one day. Then President Bush, then McDonald’s.
Yet even when the propaganda campaign was in high gear, most Cubans said they had nothing against ordinary Americans.
- Tracey Eaton 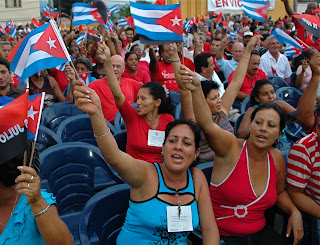