Will Barack Obama's push for transparency lead to declassification of Cuba documents? 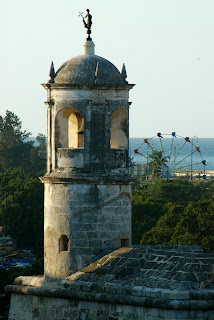 Barack Obama said today that his administration "is committed to creating an unprecedented level of openness in government," this White House release said.
Also today, Obama ordered heads of federal agencies and executive departments to be more open with and responsive to the public. Obama's memo said:

The Government should not keep information confidential merely because public officials might be embarrassed by disclosure, because errors and failures might be revealed, or because of speculative or abstract fears. Nondisclosure should never be based on an effort to protect the personal interests of Government officials at the expense of those they are supposed to serve.

Government agencies responding to Freedom of Information requests should "act promptly and in a spirit of cooperation, recognizing that such agencies are servants of the public," the memo said.
This is a huge step forward. The Bush administration has been incredibly secretive. See here for more on Bush's "fetish" for secrecy. There is plenty more at Bushsecrecy.org and other Web sites. 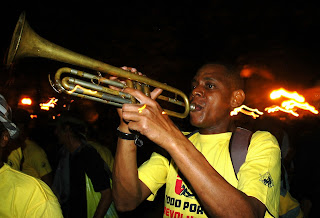 50th anniversary of the revolution
Looking ahead, will Obama's policy of openness reveal new insight into U.S. policy on Cuba? The Commission for Assistance to a Free Cuba has a Cuba transition plan. Parts of it are secret. The Center for International Policy or CIP , the Cuba Solidarity Campaign and some others have criticized that approach. Writing about the 2006 transition plan, the CIP said:

What is highly disturbing is that the document indicates that there is a “classified” portion of the report, saying that, “For reasons of national security and effective implementation, some recommendations are contained in a separate classified annex.” It had been assumed that there was a classified section to the first report, also; but this report makes no secret of that fact. One cannot help but conclude that the classified part of the report contains specific plans for overthrowing the Cuban government.

Obviously, some government secrecy is necessary. But were any Cuba-related documents unnecessarily classified during the Bush administration? And will any of these documents be declassified under the new open government of Barack Obama?
Posted by alongthemalecon at 9:00:00 PM