Flipping out over Flipper 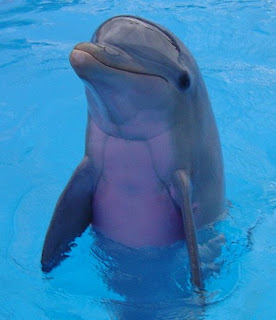 Dolphins are incredible creatures and I hate the thought of man abusing them. But when I had the chance to swim with dolphins at a park in Varadero, I couldn't resist the temptation.

I convinced myself it was a once-in-a-lifetime experience, pushed aside the guilt and dove into the water. 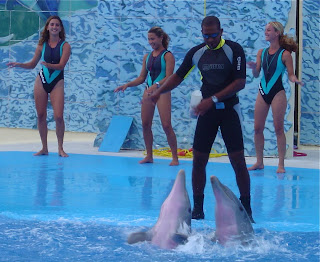 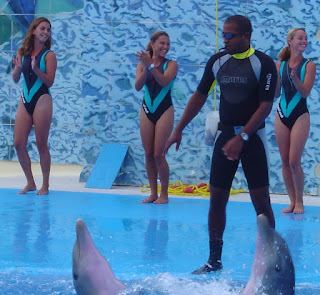 Swimming with dolphins is controversial. Said the New York Times, "This is fun, but did anyone ask the dolphins?" 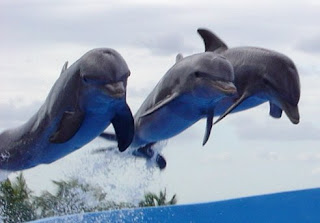 Cuba is a leading exporter of wild-caught bottlenose dolphins, animal-rights activists say. Some of the dolphins are sold to parks where tourists swim with dolphins, and some of these animals have died in captivity, drawing criticism. 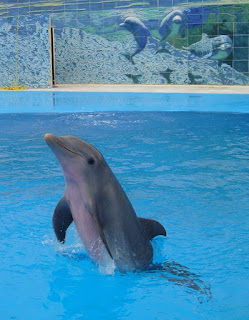 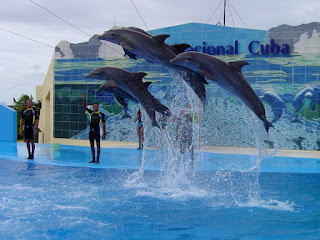 Cuban officials I talked to for a story in 2004 denied mistreating any of the animals.
Guillermo García, director of the National Aquarium of Cuba, told me he's as worried about dolphins as anyone. And he questioned why activists target Cuba.
"There are no more than 20 captive dolphins in Cuba, but there are more than 900 in the United States," he said. "Why is there such an extreme preoccupation with dolphins in Cuba?"
I don't know how many dolphins are exported from Cuba these days. This story said authorities fined Dolphin Island Park in the Dominican Republic for buying four Cuban dolphins in 2007. 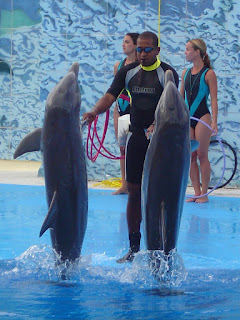 Cold-War politics inevitably crept into the conversation when I was reporting the story in 2004. One reason why: Celia Guevara, daughter of the late Che Guevara, was chief veterinarian at Cuba's National Aquarium.
I was told that she was a "magnificent professional."
No surprise there. 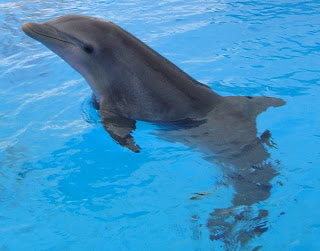