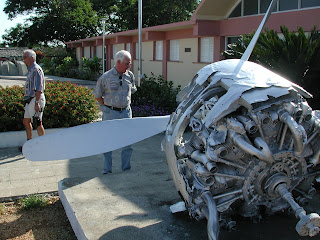 A visitor inspects the engine of a downed aircraft at Playa Giron Museum in Matanzas Province. 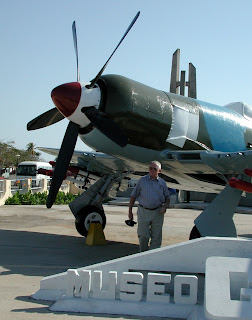 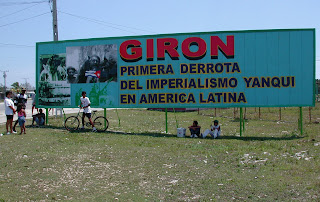 Billboard near Playa Giron, as the Cubans call the Bay of Pigs: "First Defeat of Yankee Imperialism in Latin America"
Arthur M. Schlesinger Jr., the late historian, called it "an unexpected hazard of Castro's Cuba, not that you could blame it on him."
"It was like something out of a B-rated sci-fi movie," Cuba specialist Peter Kornbluh said.
And no, they weren't talking about the Bay of Pigs invasion. They were talking about crabs, the crustacean variety.
It was the month before the 40th anniversary of the Bay of Pigs invasion and millions of love-sick crabs had broken up the festivities with an invasion of their own.
The crabs swarmed onto the road leading to the Bay of Pigs landing spot where Fidel Castro and other Cold-War veterans gathered for a rare and historic meeting in March 2001. 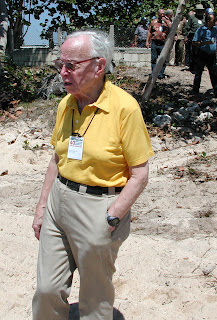 Arthur Schlesinger, famed historian and two-time winner of the Pulitzer Prize. He died in 2007.
The crabs evidently didn't know it was such a big festivity, skittering onto the road by the ka-zillions and puncturing the tires of vehicles carrying unsuspecting visitors and the journalists who were following them around.
Among those attending were Schlesinger, a noted historian who served in the Kennedy administration; Jean Kennedy Smith, the sister of John F. Kennedy; and all kinds of others, from CIA agents and their KGB counterparts to Cuban soldiers who defended the island during the failed 1961 invasion. 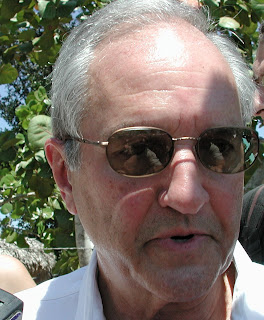 Alfredo Duran, above, a member of the Bay of Pigs force that invaded Cuba in April 1961. He and other former invaders drew criticism in Miami for attending the event. He was captured during the Bay of Pigs invasion and was held prisoner until the U.S. government paid a ransom for him and other prisoners. He went on to become a lawyer in South Florida and was chairman of the Florida Democratic Party.
Kevin Sullivan of the Washington Post wrote one of the best stories to come out of the event. He wrote a quirky story about the crabs and I kicked myself for missing it.

We all saw the crabs covering the road. A lot of journalists were stranded when their SUVs' tires went flat after running over the crabs, who were crushed flat against the pavement but not before their last sharp gesture of defiance.
Kevin, my neighbor when I lived in the Coyoacan neighborhood of Mexico City, realized that the crabs were more than a nuisance. They made for an unexpected, original story.
You can read his tale, A Crabby Conflict at the Bay of Pigs, here on Cubanet.
"I'd never seen anything like it," Schlesinger told Kevin. "The road was dyed pink with the fodder of the crabs." 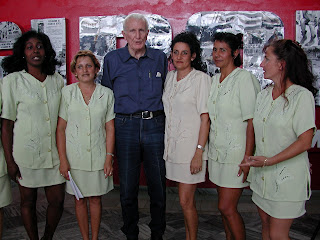 Jose Ramon "El Gallego" Fernandez. He led the Cuban forces who defeated the Bay of Pigs invaders. He is now a vice-minister of Cuba's Council of State and oversees the Education Ministry. Here he is surrounded by admirers at the Bay of Pigs Museum. 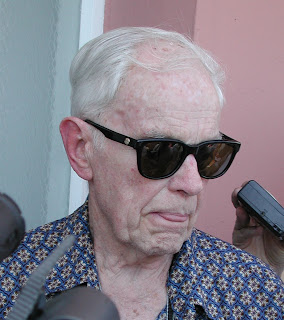 Two former CIA officers - Robert Reynolds and Samuel Halpern - attended the Bay of Pigs event. Reynolds is above. Both have died since the gathering, I believe. 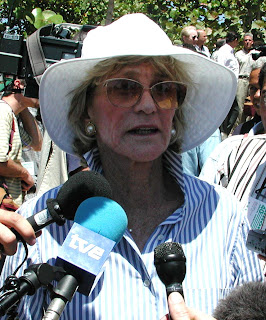