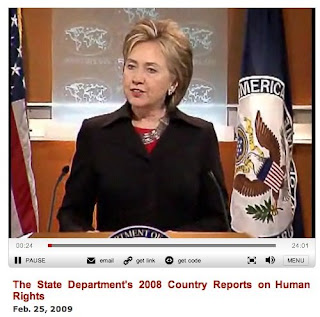 The State Department's latest report on human rights practices in Cuba is out. It says:

At year's end there were at least 205 political prisoners and detainees. As many as 5,000 citizens served sentences for "dangerousness," without being charged with any specific crime. The following human rights problems were reported: beatings and abuse of detainees and prisoners, including human rights activists, carried out with impunity; harsh and life-threatening prison conditions, including denial of medical care; harassment, beatings, and threats against political opponents by government-recruited mobs, police, and State Security officials; arbitrary arrest and detention of human rights advocates and members of independent professional organizations; denial of fair trial; and interference with privacy, including pervasive monitoring of private communications.

You can read the full report here. It's extensive, some 11,300 words.
Secretary of State Hillary Clinton's statement announcing the report is here. Video is here and country reports here. 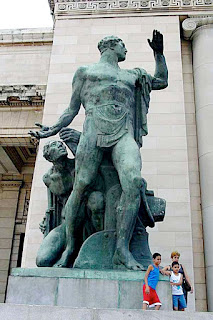