Oil, money and the tortured destiny of Cuba 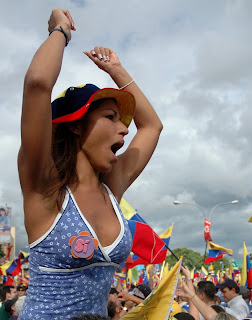 Protest against Hugo Chavez during the failed August 2004 recall attempt. 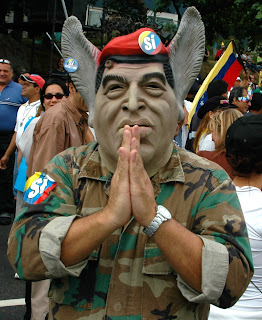 I found this anti-Chavez protester in Caracas
Fidel Castro says Cuba's future is “inseparable" from today's vote in Venezuela to decide whether Hugo Chavez can run for president indefinitely.
“There is no alternative but victory," Castro wrote in an opinion piece published over the weekend.
As you might expect, this is all about money, oil, politics and power. Cuba's socialist government needs money and oil to survive.
Castro said that Chavez promised him oil in Monterrey, Mexico, in March 2002. Then-Mexican President Vicente Fox had abruptly asked Castro to leave the Monterrey Summit so that he wouldn't somehow cross paths with George W. Bush and make a scene. Castro writes:

Just before the minute I left, Hugo Chavez urgently visited me and, indignant about such high-handed behavior by the head of state of the host country, he exclaimed: “Fidel, tell me how much oil Cuba needs to defeat the Yankee blockade."
The dialogue seemed unreal. It isn’t easy to remember, through the mist of emotions, what the exact words of my response were. 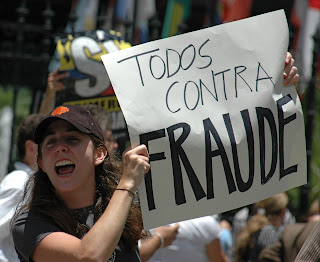 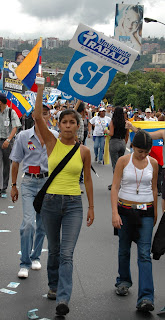 More anti-Chavez protests during the summer of 2004
I was living in Cuba at the time and sensed that the socialist government, with backing from Chavez, took a new direction.
The socialist government suddenly didn't seem as gung-ho about foreign investment from Europe, for instance. It had Venezuela. It had oil.
Cuban officials also changed their approach to tourism, targeting visitors from Venezuela and other developing Latin American nations, and creating Spanish-language immersion programs for such allies as China. 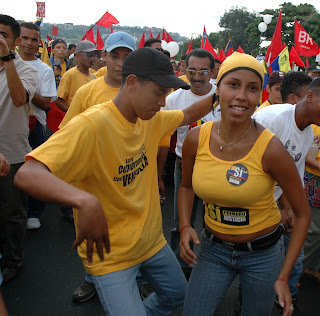 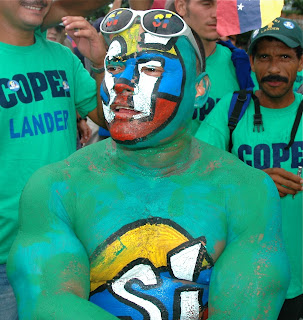 The Hulk votes Sí on the recall If Venezuela suddenly cut off Cuba's supply of oil, Cuba would be forced to make changes again.
There is no immediate danger of that happening. Chavez' term doesn't expire until 2013. He's holding a referendum now because he wants to run for president again in 2012.
Not everyone is convinced he'll succeed. Edward Schumacher-Matos writes here that the referendum is the beginning of the end for Chavez.

Barring an oil miracle, the former army paratrooper is slowly imploding on the spike of his economic mismanagement and corruption, like any of a number of populist strongmen before him.

I can't see Chavez giving up his fight for the presidency even if he loses the referendum. My guess is that he probably cares more about staying in power than respecting the law, even if he created the law. 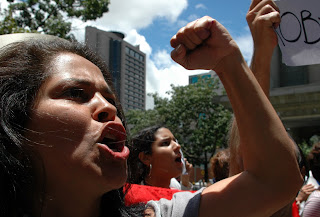 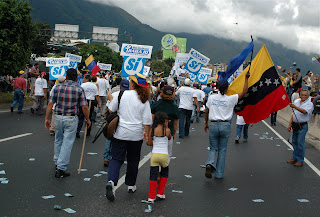 Links:
* Castro's opinion piece on Chavez in Spanish.
* Castro's speech from the summit is here.
* Bloomberg story on Venezuelan referendum.
Posted by alongthemalecon at 11:07:00 AM