Unearthing U.S. government documents, including some on Cuba (Updated) 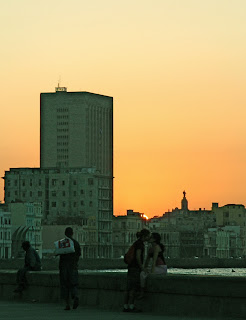 Kudos to Wikileaks for making public 6,780 reports by the Congressional Research Service, or CRS.
The latest trove of documents covers a range of topics and countries, including Cuba. Among the recently posted documents: A Jan. 21 CRS report entitled, "Cuba: U.S. Restrictions on Travel and Remittances."
ProPublica, a non-profit group that does investigative journalism in the public interest, asked Tuesday who leaked the documents, but said, "The folks at WikiLeaks won't say how they got the reports."
Wikileaks told ProPublica in an e-mail: "...Everyone wants to know which member of Congress or their staff is our source. Naturally we can't talk about that."
Congratulations to whoever did it. If we ever bump into each other in Havana, I'll spring for a glass of seven-year-old Habana Club rum. As a journalist, I've often used CRS reports and have found them to be a great resource. I've gotten some of the reports from congressional staffers and have found others online. 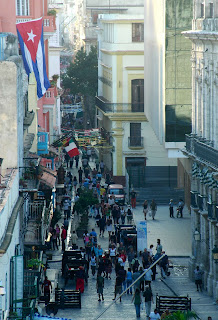 But the agency isn't required by law to release its reports to the public even though taxpayers fund its $100 million budget.
Many reports wind up are posted on the CRS Web site and other U.S. government sites. But much of the information is never made public and can be seen only by our limo-riding lawmakers in Washington. Said ProPublica:

In making many of its decisions, Congress relies on hundreds of analysts to study issues from stimulus spending to alternative fuel vehicles to human cloning. But the department that does those analyses, the Congressional Research Service, does not make the hundreds reports it generates each year available to the public.

Wikileaks isn't the only group shedding the light on CRS publications, many of which are useful and informative. Open CRS Network, the Federation of American Scientists, or FAS, and others have also been pushing for better access to CRS documents.
Some government secrets are necessary, of course. But too much secrecy only allows lawmakers and officials to hide their dirty laundry. And taxpayers deserve better than that. 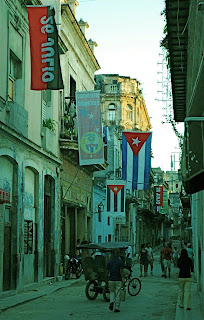 P.S. Wikileaks has a country index. So far, 35 documents related to Cuba have been posted. They are here. Many deal with U.S. detention facilities at Guantanamo, covering such topics as standard operating procedures at Camp Delta.
Update: Here's a CRS report on Cuba that the Cuban Triangle posted the other day. It is dated Feb. 3 and entitled, "Cuba: Issues for  the 111th Congress."
Posted by Unknown at 8:59:00 PM