Conspiracies "R" Us: Revisiting the shootdown 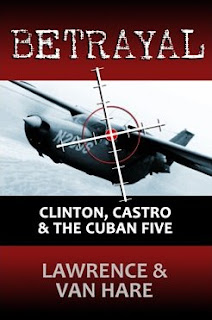 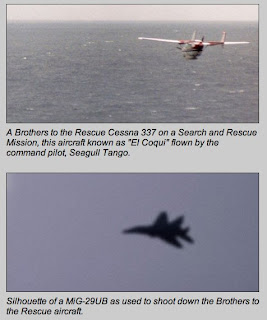 A new book called Betrayal claims that senior Clinton administration officials "may have known of the coming attack on the Brothers to the Rescue aircraft up to 14 days before it happened... and yet did nothing to prevent it."

There is even evidence the Cuban Government asked permission to kill American citizens, the book claims.

Book author Thomas Van Hare told me in an e-mail:

The topic is extraordinary in that it is equally a study of policy making, defense and security operations, government cover ups, duplicity, real world espionage, high level politics and back channel negotiations that went wrong. It is also a great study on leadership (or the lack thereof) and consequences of indecisiveness.

This all sounds intriguing. I'll have to check out the book to see how the authors document their claims.
P.S. Thomas Van Hare says the book isn't really based on conspiracy theories, but rather painstaking investigation.

It only took 13 years of research, two years of writing and a series of interviews to get there, he says with a touch of modesty. 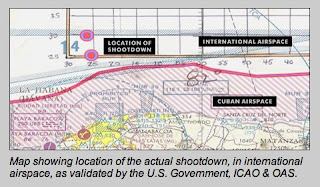 Links:
Official Web site for Betrayal is here. Photos are taken from the site.
More on book is here: Amazon.com.
Posted by alongthemalecon at 8:36:00 PM