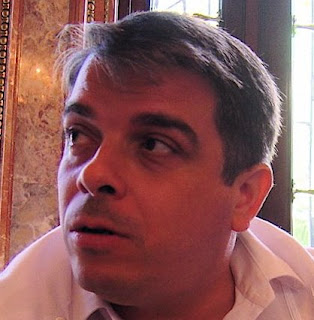 Felipe Perez Roque
Today's announcement of the Cuban government reorganization takes a just-the-facts-ma'am approach. The leadership structure must be "more compact and functional," the announcement said. Fewer agencies will be under central government control.
Raul Castro foreshadowed the biggest shake-up of his administration on Feb. 24. Leaders of the Cuban Revolution "must work to constantly perfect" government institutions, he said using straight-forward language.

We should never believe that what we have made is perfect, he said.

But some say there's more to the reorganization than streamlining institutions. Raul Castro, they say, is continuing to consolidate his power and surround himself with his top allies. Otherwise, why remove such figures as Felipe Perez Roque, seen by many as an effective foreign minister?
The blog CubaPolidata contends that Raul is trying to neutralize the so-called Tropical Taliban, whose ranks include Perez Roque and have been especially loyal to Fidel Castro. 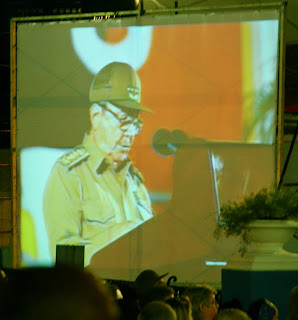 Raul Castro on Jan. 1, 2009, in Santiago de Cuba
CubaPolidata says Raul is also striking out against the technocrats.
The purge, the blog says, "solidifies military control of government at the hands of Raul Castro as the remaining vestiges of Fidel Castro loyalists are removed from key positions of power within the tropical nomenclature of Havana."
Some Cuban officials I've spoken to have always denied there's any kind of a rift between the Castro brothers. But the departure of Perez Roque and other Taliban before him - Otto Rivero and Carlos Valenciaga - seems significant. The blog Penultimos Dias gives a detailed explanation of that argument, in Spanish.
Phil Peters of the Cuban Triangle doesn't expect the shake-up to affect the Cuban government's relationship with the Obama administration unless the new foreign minister, Bruno Rodriguez, sets a new tone.
What's certain is that the Cuban government remains secretive, seemingly leak-proof, and it may be months or years before Cuba watchers know what went on behind the scenes.
Posted by alongthemalecon at 6:54:00 PM