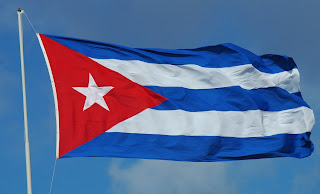 The Havana Journal has posted a useful list of links indicating a possible thaw in U.S.-Cuba relations. Signs point toward the Obama administration announcing a loosening of economic sanctions sometime before the fifth Summit of the Americas in Trinidad and Tobago, set for April 17 to 19, 2009, the Havana Journal said.
Barack Obama has signaled he'll make changes, saying, “It’s time for more than tough talk that never yields results."
Interestingly, Costa Rica and El Salvador recently said they will reestablish diplomatic ties with Cuba, writes Phil Peters in The Cuban Triangle.
Yet to be seen is whether the United States will follow.
A journalist friend who attended a dinner with Secretary of State Hillary Clinton last week told me she plans to deal with drug violence in Mexico first. He wrote of his dinner:

Hilary was great. She really wanted to hear and learn. Seemed pretty engaged. Overall, great experience. I asked her about Cuba and she said, 'Let's take one at a time,' meaning Mexico.