All because of those #!%#& Chinese radios

Rising Cuban-American star Felipe Sixto dreamed of becoming a lawyer and a politician. His grandfather was the mayor of Holguin before the 1959 revolution, and his great-uncle was a senator and a vice-presidential candidate.
And Sixto might have done it, too. But then prosecutors accused him of stealing more than a half million dollars from the nonprofit Center for a Free Cuba.
At 29, Sixto had just started his dream job at the White House, but he quickly lost that and his world crumbled.
On March 18, U.S. District Judge Reggie B. Walton sentenced Sixto to 30 months in prison. It was a devastating blow to his family and lawyer, who had asked for probation.
Others asking for leniency included Carlos Alberto Montaner, a prolific Cuban author and noted critic of the Castro regime, and Carmelo Mesa-Lago, author of more than 60 books and former director of the Center for Latin American Studies at the University of Pittsburgh.
In his Jan. 21 letter, Montaner says Sixto is not "an evil person or a habitual offender" and is "deserving a second chance in life."
Mesa-Lago, in his Jan. 15 letter, said Sixto was one of the top 10 students he's had in 35 years and was "an incredibly hard worker." He asked the judge to be "merciful."
Sixto could have gotten up to 10 years in jail and a fine of more than $1 million, court records show. But he apologized. He sold his belongings and borrowed from his father to repay the money he stole. He admitted he had made a terrible mistake. 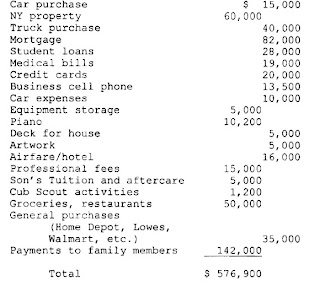 The $142,000 payment to family members went to his father and uncles, who did not know about his son's illegal activities, Sixto told authorities.

Prosecutors said Sixto would have kept stealing if he hadn't gotten caught. According to a seven-page government sentencing document, filed March 11:

This case is more than an employee simply stealing from his employer. It is about a man who over the course of years engaged in an intricate scheme to defraud an organization chartered to help people who were of his own heritage.

The defendant did not abandon his scheme until he was discovered. He only agreed to repay the funds he embezzled when he was threatened with criminal prosecution.

Sixto began stealing the money while working for the Center for a Free Cuba, which is funded in part by U.S. taxpayers and dedicated to promoting democracy and human rights in Cuba. After his arrest in November 2008, he admitted buying bulk shipments of Chinese radios through companies he created, then reselling the equipment to the center for a higher price. 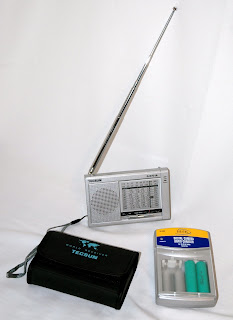 This is one of the Chinese radios that was distributed in Cuba
Sixto said the center had been buying the radios through a middleman because officials thought, incorrectly, that federal regulations banned direct purchases from China. Sixto said he went ahead and bought directly from China, cutting out the middleman and saving thousands of dollars. But rather than giving the proceeds to the center, he pocketed the money.
It's ironic that Sixto, a supposed crusader against communism in Cuba, would buy from communist China. But when greed overcomes political ideology, anything can happen, I guess. 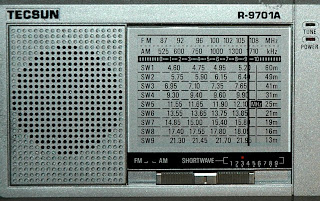 Many Cubans use the radios to listen to their favorite soap operas
As I read the court documents in the case, it's clear that Felipe Sixto hurt everyone around him, especially his young son, Felipe Ignacio, who idolized his father; his wife, Laura, who has health problems and needs medical care; and his father Felipe, who lent his son hundreds of thousands of dollars to help pay back the stolen funds.
Sixto admitted that greed drove him, according to his March 11 pre-sentencing statement:

Many people have asked me why I committed the offense. My answer unfortunately is based on greed and selfishness.

As a family man I should have thought of the consequence of my actions and should never have put my family in danger. I understand this. I understand that I was stupid and selfish.

Only $19,000 of the stolen funds went toward medical care, making it tough for Sixto to rely on the sick-wife defense.
The prosecution and defense agreed that under the sentencing guidelines, Sixto should get between 30 to 37 months in jail. The judge did not have to comply with that recommendation. Sixto asked the judge for the minimum sentence, if not probation.
"...I beg for a minimum period of incarceration..." he wrote. 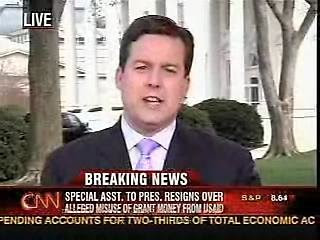 News of Sixto's resignation. November 2008.
In the end, the judge decided on 30 months. Prosecutors said Sixto stole $541,075.19. Sixto put the figure at $576,900. He paid back $644,884, which includes the amount he stole plus interest.
His case is a tragedy for his hard-working Cuban family, which sacrificed to help him get ahead in America. And by all appearances, Sixto could have done fine without the money.
A 26-page pre-sentencing document shows Sixto was on the road to success and had a solid background. The document says Sixto:

* Is the youngest of three children.
* Graduated from high school in 1998.
* Traveled to Cuba twice in 2001.
* Was a graduate student at Florida International University. He also graduated from law school, but failed the bar exam in Maryland and so he was never licensed.
* Went to work for the Center for a Free Cuba in February 2003, earning $35,000. He left during the summer of 2007 and was earning $65,000 per year.
* Began working at the White House earning $55,000 per year in July 2007. He accepted a $102,000-per-year position as special assistant to the president, but resigned after three weeks because of the criminal charges against him.

Sixto now has a mountain of debts and owes hundreds of thousands of dollars to his father, more than $100,000 to the IRS and hundreds of thousands to creditors outside his family.
He is a convicted felon and won't be able to vote, own a firearm or receive any government contracts when he is released from prison.
More documents in the case are below:
Five-page document outlining original accusations against Sixto - from Federal District Court in Washington, D.C.
Nov. 7 plea agreement, filed Dec. 19
Statement from Sixto's wife Laura, who writes, "Emotionally, I do not know how I or our son will survive without Felipe."
Statement from Sixto's father Felipe, who arrived in the United States as a teen-ager and took any job he could find, including that of a dishwasher.
Statement from Sixto's mother Ofelia, who arrived in the United States in 1960 and became a citizen a decade later.
Statement from Sixto's brother-in-law, who praises Felipe's work as a Cub Scout leader and soccer coach.
Statement from Larry Wright, a former boss, who says Felipe is "not a conniving, deceiving person."
Statement from Jon Rank, a friend who says Felipe is someone "I would trust with my life."
Statement from Patrick McConnel, a friend who describes how Sixto refused to shoot an angry black bear that circled his hunting stand because killing the animal would have been illegal
Links:
November post describing early developments in the case and noting Cubans' fondness for the Chinese radios
Posted by alongthemalecon at 10:10:00 AM