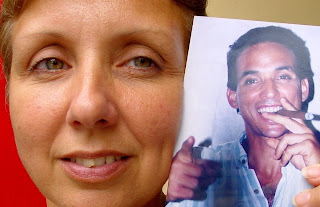 Maruchy Guerrero, sister of convicted Cuban agent Antonio Guerrero
Ten Nobel Prize winners, hundreds of lawmakers, two former presidents of the European Union and numerous bar associations and human rights groups have filed friend of the court briefs in support of the five Cuban agents jailed in the United States.
Links to the briefs are here.
The Nobel Prize winners' 27-page brief, date March 5, is here. It says they were "alarmed by the convictions in this case" and believe they set a bad example for countries "where the rule of law is not firmly established."
Posted by alongthemalecon at 3:19:00 PM