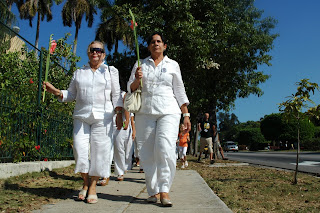 Wednesday March 18 is the sixth anniversary of the Cuban government's crackdown on dissidents, pro-democracy activists and journalists. Authorities arrested and jailed 75 people, drawing international condemnation.
Since then, at least 20 of the dissidents have been released, but the others remain in jail.
The wives and other relatives of the prisoners formed a group called Las Damas de Blanco. They dress in white every Sunday, go to their church for mass and then march along Quinta Avenida.
I interviewed the group's leader, Laura Pollan, above left, during my last trip to Cuba. She and other members of the group say their lives changed when their loved ones were arrested and jailed in 2003. The women lost their fear. They began to march every Sunday despite the risk of arrest. Many say they have nothing to lose. And they vow not to give up until their relatives are freed. 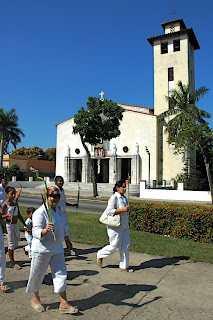 For most Cubans, fighting the socialist government remains too painful, too risky. Many dissidents are shunned. They're routinely detained for questioning. Some are jailed. Others lose their jobs. They're put under surveillance. Their sons and daughters are harassed.
All this allows the government to contain the opposition.
Cuban officials contend that the vast majority of people support the socialist regime. They accuse the United States of financing what they describe as a "manufactured" opposition. 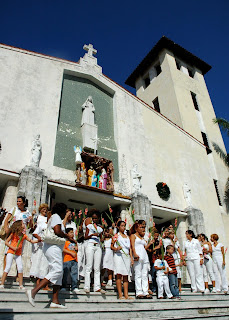 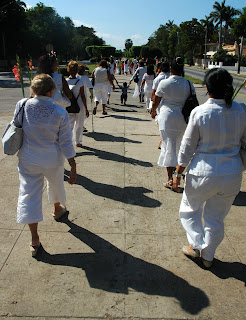