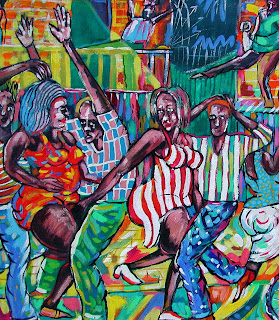 Dance away
The diplomatic dance continues. Here's the latest from Barack Obama, according to this Associated Press story:

PORT-OF-SPAIN, Trinidad – Trading their warmest words in a half-century, the United States and Cuba built momentum toward renewed ties on Friday, with President Barack Obama declaring he "seeks a new beginning" — including direct talks — with the island's communist regime. As leaders of the Americas gathered for a summit in this Caribbean nation, the head of the Organization of American States even said he'll ask his group to invite Cuba back after 47 years.

In remarks kicking off the weekend gathering of nations — of which Cuba was the only country in the region not represented — Obama repeated the kind of remarks toward the Castro regime that marked his campaign for the presidency.

"The United States seeks a new beginning with Cuba," he said at the Summit of the Americas opening ceremony. "I know there is a longer journey that must be traveled to overcome decades of mistrust, but there are critical steps we can take toward a new day."