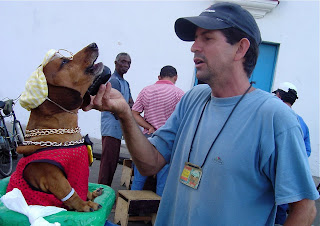 "I'm willing to talk about anything," Pillo told the American president. "But you'd better bring Bo. And don't forget the Snausages."

Now it's tough to transition from Snausages to diplomacy, so I'll get to the point: Raul Castro says if there are U.S.-Cuba talks, he's willing to put it everything on the table, including human rights and political prisoners. From a summit in Venezuela, he said:

"We have sent word to the U.S. government in private and in public that we are willing to discuss everything -- human rights, freedom of the press, political prisoners, everything."

Anita Snow of the Associated Press calls this "the most conciliatory language Castro or his brother Fidel...have used with any U.S. administration since that of Dwight D. Eisenhower in early 1961, when the nations broke off relations.
Snow wrote:

It appeared to be a transcendent development, the best opportunity for talks in a half-century.

Raul Castro made his remarks within hours after Barack Obama on Thursday called on Havana to show the United States "a sign," a signal that it was changing its way of operating.
Secretary of State Hillary Clinton quickly responded: "We see Raul Castro's comment as a very welcome overture." An AFP story reported Clinton as saying from the Dominican Republic:

"We are continuing to look for more productive ways going forward because President Obama and I and the administration view the present policy to Cuba as having failed."

Back in Havana, Pillo Chocolate said: "Let's do this thing."
The word spread and Pillo's dog friends quickly joined in... 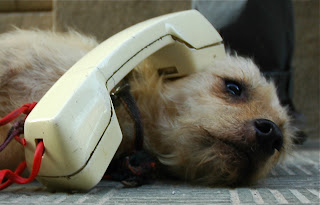 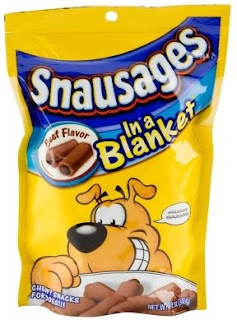