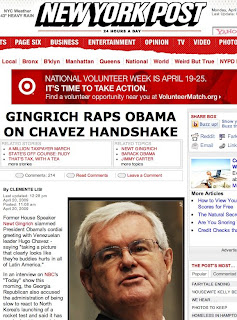 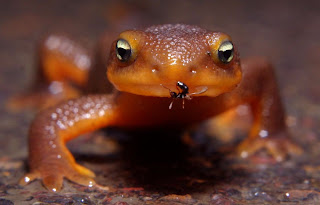 Newt eats creature
Most Americans support Barack Obama's diplomatic overtures toward Cuba, said a poll released April 20 by the Center for American Progress.
According to the poll:
* 59 percent of those surveyed said the U.S. should try a new approach with Cuba
* 79 percent said they approved loosening restrictions for Cuban-Americans traveling to the island and sending money there
* 71 percent said increased trade and travel will make Cuba more open and democratic.

But conservatives criticize Barack Obama for his willingness to change U.S. policy toward Cuba. They cringe at the thought of him negotiating with the Castro brothers. And, as expected, they scolded him for shaking hands with Hugo Chavez over the weekend.
Photos showing Obama and Chavez "clearly looks like they're buddies" and that "hurts in all of Latin America," former House Speaker Newt Gingrich said Monday on NBC's "Today" show.
Shaking hands with Chavez "sends a terrible signal to all of Latin America, and a terrible signal about how the new administration regards dictators." 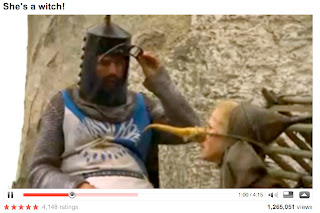 Sir Bedevere: What makes you think she's a witch?
Peasant: Well, she turned me into a newt!
Sir Bedevere: A newt?
Peasant: [meekly after a long pause] ... I got better.
Crowd: Burn her anyway! 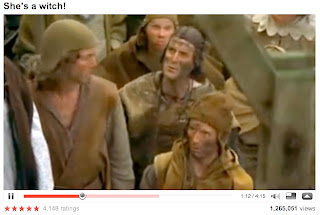 Peasant explains, "Well, she turned me into a newt!"
Links:
Monty Python and the Holy Grail - 1975 - Memorable Quotes
YouTube clip - She's a witch!
Source of newt photo: ManyWallpapers.com
Related post: Two handshakes: Fox News is gonna love it
Or, if you insist on something serious and intelligent, here is a 53-page guide to U.S. policy options, produced by the private Lextingon Institute
Posted by alongthemalecon at 5:39:00 PM