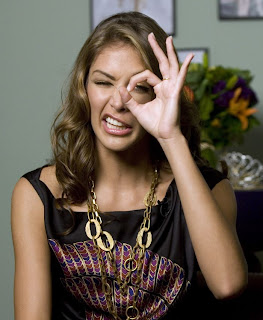 We hung out with the guys from the East Coast and they showed us the boat inside and out, how they work and what they do, we took a ride around the land and it was a loooot of fun!

Her post was taken off her blog today. Pageant officials said Mendoza was only trying to boost the morale of U.S. forces stationed at the Naval Base, where alleged terrorists are held and at times have been tortured and abused, human rights activists say. 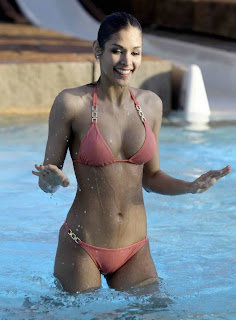 Source of this image is here
Mendoza didn't write about the prisoners, but said the detention facilities were "interesting" and military K-9s "did a very nice demonstration of their skills."
But mostly, she raved about Guantanamo's tropical feel, writing:

The water in Guantanamo Bay is soooo beautiful!

The blogosphere is having fun with her comments. The blog Delisted said:

You might want to get on the phone with your travel agent right now to book a trip to the extremely beautiful paradise Guantánamo Bay, because it will be the travel destination of the year! 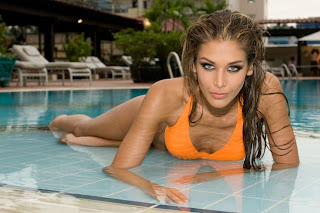 I can't claim credit for any of these pictures. The source of this image is here
Link: Wikipedia entry for Mendoza. Among the details: Mendoza was once kidnapped in Venezuela. She also raised eyebrows after posing nude for a jewelry ad that pageant officials later described as artistic
Posted by alongthemalecon at 8:43:00 PM