It's such a non-secret that we can't tell you 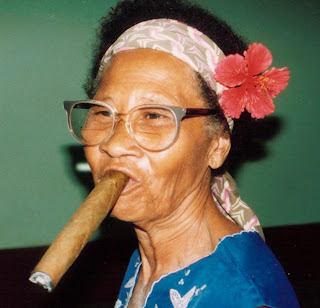 Excuse me while I go out for a smoke
Robert Wood, the State Department press spokesman, wouldn't say much Tuesday about the meeting between Assistant Secretary of State Thomas Shannon and Jorge Bolaños, the chief of the Cuban Interests Section in Washington.
From a transcript of Wood's meeting with reporters:

That is some funny dialog.

Interesting that just after the meeting Raul makes a statement.

What do you think is going on with US/Cuba talks and Fidel/Raul talks?

No one wants to give any ground. But there's a certain point where someone has to make a move. Otherwise, it'll be the same old deadlock.