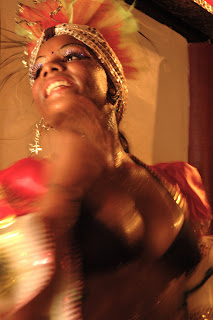 Get on your dancing shoes, Michelle. You've got competition.

So if Michelle Obama goes to Cuba, who should she meet? I threw out a few quick suggestions in a post yesterday.

Today a Cuban friend in Havana sent me her suggestions. Here they are:

* Marilyn Bobes. Poet, journalist and novelist. Named after Marilyn Monroe. Has won many awards. Member of the editorial council of Cuba's Union of Writers.

* Ana Lidia Vega Serova. Writer and novelist. Has a Russian mother and Cuban father. Her father studied in Moscow, where he met her mother. Writes in both Spanish and Russian. Has traveled throughout Europe. Lives in Cuba.

* Alicia Alonso. The famous Cuban dancer known around the world. Speaks English - so she wouldn't need a translator when talking to Michelle Obama :) 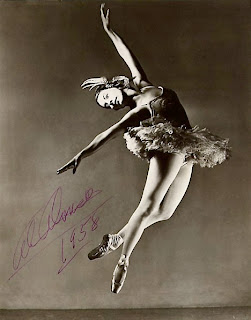 * Rebeca Chavez. Documentary filmmaker and wife of Senel Paz, who wrote the story for the award-winning 1994 movie, Fresa y Chocolate (Strawberry and Chocolate).

* Flora Fong. Famous Cuban painter. Her parents are Chinese. She was born in Camaguey and has two children, both painters. 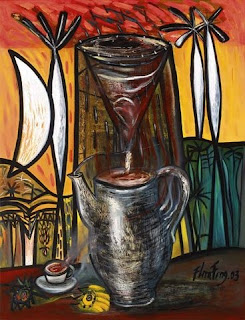 Art by Flora Fong. Link to photo
* Concepción Campa Huergo, president of the Vaccine Institute “Carlos J. Finlay” in Havana. Led team of researchers that created the Meningococcal B vaccine in Cuba.
* Mariela Castro. Director of Cuba's National Center for Sex Education. Also the daughter of Cuban President Raul Castro.
Other ideas for the VIP list? Send 'em in and I'll post them.
Posted by alongthemalecon at 10:39:00 AM