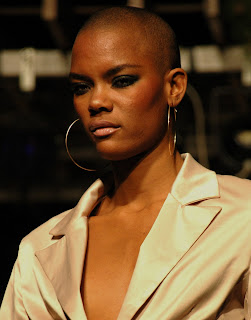 With a little work, maybe this model could be the younger sister of Grace Jones, who played May Day, the outrageous Amazonian assassin in the 1985 Bond film, A View to a Kill 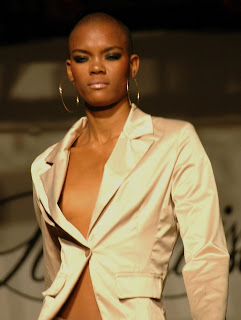 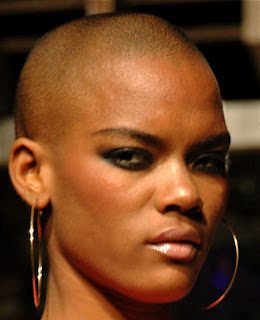 But is she mean enough? 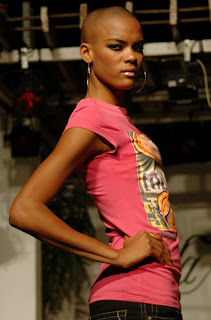 May Day was the villain who tried to kill Bond, but later sacrificed her life to thwart the plans of Max Zorin, the evil former boyfriend who had double-crossed her 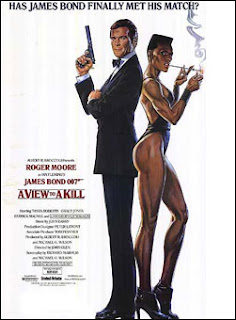 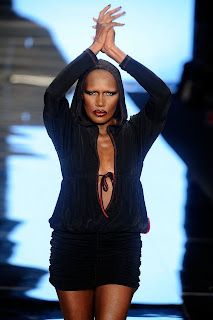 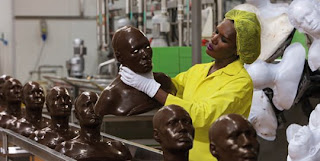 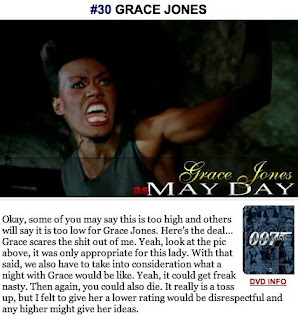 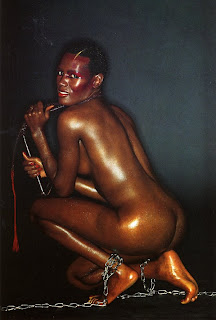 A naked Grace Jones. I don't know the source of this photo. Album cover?