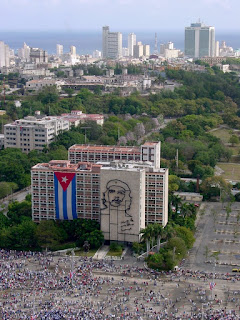 Scenes from May Day or International Workers' Day 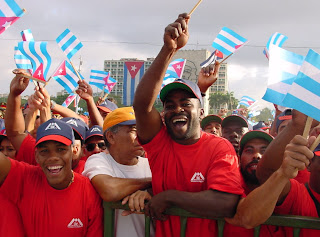 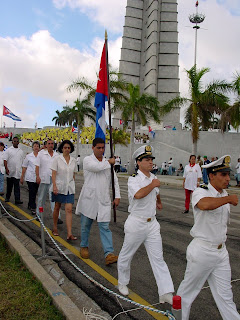 Nearly 2,000 members of labor, solidarity and activist groups from 80 countries plan to attend the May Day festivities on Friday in Cuba.
Cuba Education Tours and other companies organize trips for foreigners who want to see the mass rallies. An eight-day, seven-night program can easily cost nearly $2,000, including lodging and some meals, but not airfare to and from the island. 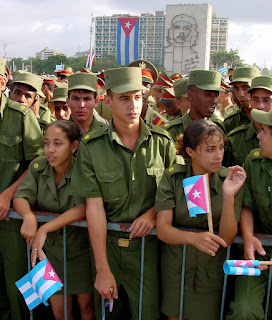 These rallies are a spectacle. Organizers try to showcase what they see as some of the fruits of the revolution - athletes, musicians, social workers, doctors and students.
I don't have a breakdown the groups expected this year, but the Cuban press has given a few clues, saying those attending will include:
* 40,000 members of the Young Communists Union
* 10,000 students of the University of Information Sciences
* 6,000 members of the Federation of University Students
* 3,000 pioneers
* 2,000 scouts
* 2,000 social workers
* 1,000 members of the Youth Technical Brigade 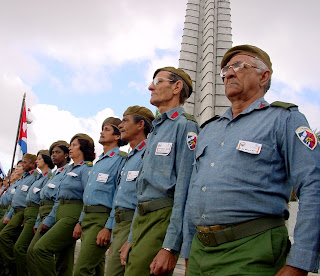