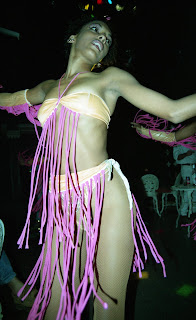 Havana dancer
No surprise here. Yet another poll shows that Americans favor lifting travel restrictions to Cuba, off limits to American tourists for decades. The Orbitz-Ipsos poll said:

Orbitz released the poll results along with its new campaign to end the travel ban, OpenCuba.org.  Said Barney Harford, the head honcho of Orbitz Worldwide:

The OpenCuba.org campaign calls on the President and Congress to take action to end the travel ban to Cuba, giving all Americans the freedom to visit what once was a premier tourist destination for U.S. citizens.

I want to GO