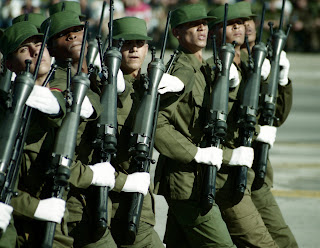 Cuban soldiers carry sniper rifles
Disenchanted youth are easy to find in Havana and they get a lot of press. But you don't see as much about another less visible segment of the population, the young people who are part of Cuba's military and security forces.
When I lived in Tarara, east of Havana, I'd see security guards at tourist complexes lining up in strict military formation as their bosses took roll just after sunrise. And these were lowly security guards, not military cadets or police officers. Can you imagine such a scene in the United States? 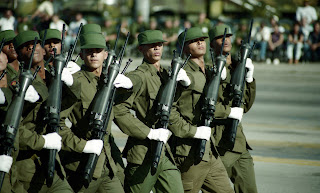 These sniper rifles appear to be equipped with Russian NSPU 1PN34 night-vision scopes, which you can sometimes find on eBay

I have also watched as Cuban soldiers and police officers have exercised or practiced martial arts skills on basketball courts or in open fields. What always impressed me was the incredible discipline they displayed. It was clear: These guys took their jobs seriously. 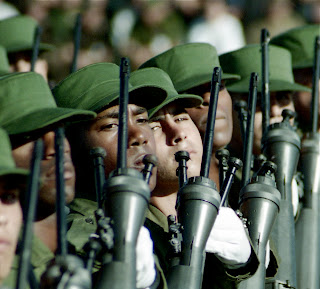 Locked in
I have no idea what goes on behind the scenes. But in public, I've witnessed soldiers' dedication and attention to detail, which certainly belies the frequent image you see of unhappy, rebellious youth roaming the streets of Old Havana. 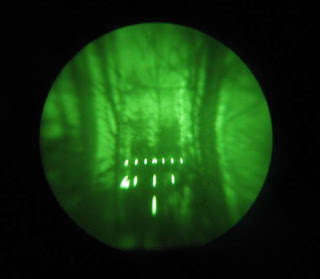 Night vision scope at work. Source of photo is here 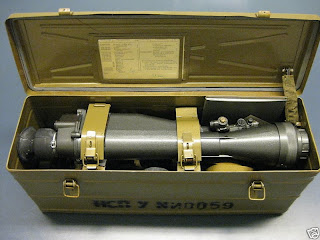 The solution to all of Cuba's problems would be if some of these youth became "disenchanted." From the expression on their faces it seems that they are more than disenchanted -- disgusted would be more like it. The question is whether they will ever cease pointing their guns at the people and point them at the architects of all their misfortunes.

P.S.: The word verification for this comment is "ratea." Huh...