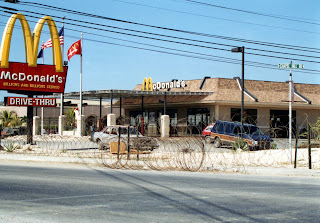 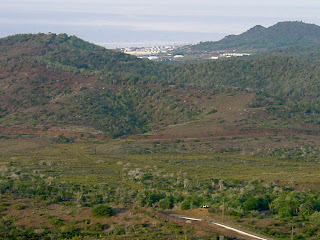 View of Guantanamo from Picote
There is a Mickey D's in Cuba, but it's not along the Malecon. It's at Guantanamo Bay Naval Base.
I've never been to Gitmo, but did catch a glimpse of the base one day from a nearby hilltop called Picote. I went there with a group of journalists on the one-year anniversary of the Sept. 11 attacks.
Cuban officials wanted to get across the message that they were against terrorism. From a lookout point 600 feet above the naval base, Gen. Jose Solar told reporters:

Cuba doesn't sponsor terrorism. The terrorist bands are in Miami. 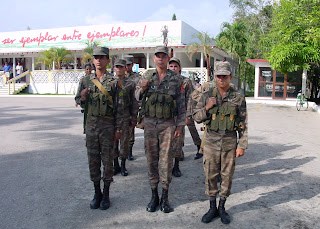 Cuban soldiers from a nearby base 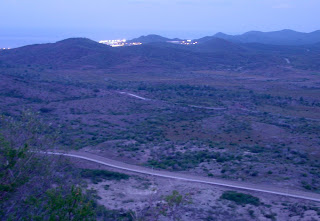 Lights of Guantanamo. Through a telescope, we just make out the American flag flying at half-mast on the Sept. 11 anniversary

Fidel Castro has said the Guantánamo base should be in Cuban hands, although he didn't object when the United States began flying in Taliban prisoners in 2002.
Cuban officials said then they will cooperate with the U.S. in the anti-terrorism fight. Gen. Solar said:

What we want is peace. We're victims of terrorism, not terrorists. 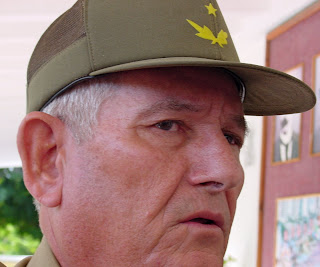 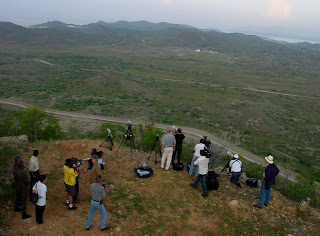 Cuban officials continue to say they'll cooperate on anti-terrorism matters. Despite that, Washington says Cuba is a state sponsor of terrorism.
Cuba's ambassador to the United Nations, Abelardo Moreno, rejected that accusation on Tuesday. Europa Press quoted him as saying:

If the new U.S. administration really wants to demonstrate its commitment to the fight against terrorism, it has the opportunity now to act firmly and without double standards against the different terrorist organizations that attack Cuba from U.S. territory. 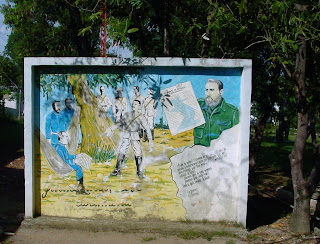 I went to coolhacker.com and the comments on McDonalds were "amusing." We can only hope that someday Gitmo, oops, I mean GTMO, will be a nice tourist resort . . .

yeah, it's something else...
I wonder when we'll see a McDonald's in Havana.