Hillary Clinton: Even our friends say we're wrong on Cuba 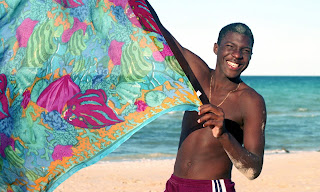 Don't throw in the towel on normalization of relations with Cuba
Hillary Clinton concedes that most of the world opposes U.S. policy toward Cuba. According to Cuban Colada, she told State Department employees on Friday:

We’re facing an almost united front against the United States regarding Cuba. Every country, even those with whom we are closest, is saying 'you’ve got to change, you can’t keep doing what you’re doing.'

Then came what looks like a pre-condition for dialogue. Clinton said:

We would like to see some reciprocity from the Castros on political prisoners, human rights, and other matters.

I get it. Cuba should not have political prisoners. But setting pre-conditions for dialogue hurts the chances for progress.

How about Cuba tries something different. After all, they have the most to gain.

I think both sides should give a little