A glimpse of Fidel Castro's birthplace 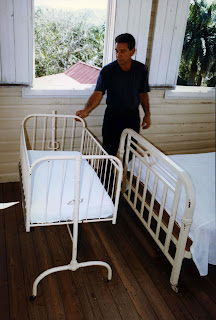 Antonio Lopez, caretaker of the Castro brothers' childhood home in Birán, shows me Fidel Castro's crib
Fidel Castro's father was Ángel Castro, a plantation owner. His mother was Lina Ruz González, a servant in Angel's home.
Castro described his early years in a 2006 spoken autobiography, 100 Horas con Fidel Castro. French author Ignacio Ramonet conducted the 100 hours of interviews with Castro from 2003 to 2005.
The book was released in 2006 and an version in English called Fidel Castro: My Life was published in 2008. Excerpts are below along with pictures I took in Birán.

I was born on a farm…called Birán. It wasn’t a town, or even a village – just a few isolated houses. The roads at that time were just big mud tracks. People traveled on horseback or in oxcarts. There were no motorized vehicles yet, or even electric light. When I was little, we lit the house with wax candles and kerosene lamps.

It was a house constructed in Spanish architecture, or rather Galician. I should point out there my father was a Spaniard, a Galician, from the village of Lancara, in the province of Lugo, the son of poor campesinos.

My house was inspired by that architecture in Galicia, because it was built on wooden piles, like stilts. These piles were over six feet tall, which was the usual way of building houses in Galicia. 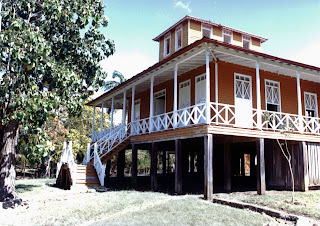 This was Fidel Castro's home. I don't know how much of it is original. Fire destroyed at least part of the home many years ago, the guide told me.

Castro: I remember that when I was three or four years old, the cows slept underneath the house. They’d be brought in at nightfall, and they’d sleep under the house. And they’d be milked there, tied to some of the piles.

Under the house there was also…a little pen with pigs and fowl – at various times there’s be chickens, ducks, guinea hens, turkeys and even a few geese. 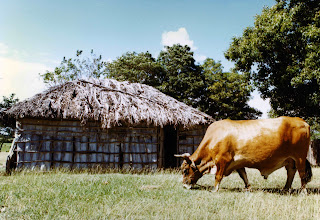 Castro: In my childhood I can assure you that in Birán fewer than 20 percent of the people who lived there knew how to read and write, and even those who did so with great difficulty.

Very few made it to the sixth grade. There I had the experiences that enable me today to understand how much an illiterate person suffers. 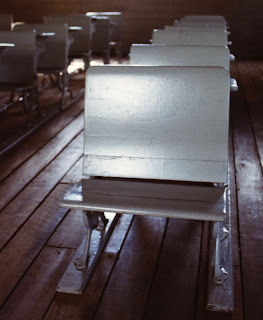 Castro: In Birán, the people who didn’t know how to read and write would ask the ones who did to write a letter to the woman they were courting, for example.

But it wasn’t that they dictated a letter – tell her so-and-so and so-and-so – that he dreamed about her last night and that he’s not eating for thinking about her....

No, he’d tell the one who knew how to read and write, ‘No, no, you just write whatever you think I ought to write to her.’ To win over the girlfriend! I’m not exaggerating. I lived during a time when things were like that. 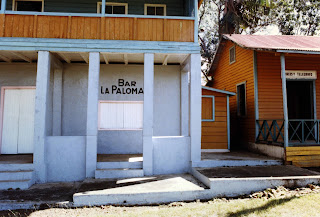 Castro: In those surroundings, from the time I was a very young boy I lived among the sights and the work of the country – the trees, the sugar cane, the birds, the insects…. 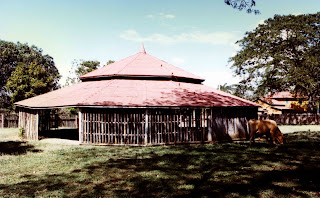 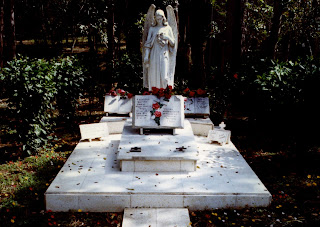 The grave of Fidel Castro's parents

Castro: I lived with people of the most humble origins. I remember the illiterate unemployed men who would stand in line near the cane fields, with nobody to bring them a drop of water, or breakfast, or lunch, or give them shelter, or transport. And I can’t forget those children going barefoot.

All the children whom I played with in Birán, all those I grew up with, ran around with, all over the place, were very, very poor.

The images of so many poor, hard-working, humble people there in Birán will never be erased from my mind…. 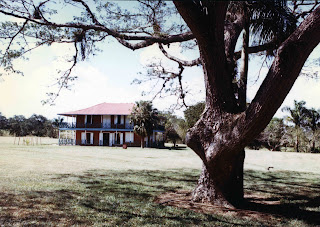 Birán had a Disney-like quality to it. It was clean and sanitized, kind of like a movie set. 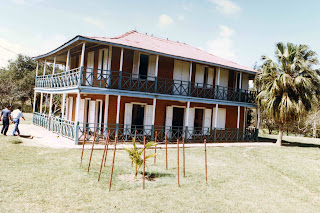 Birán wasn't open to tourists when I went. I needed government permission to go there. It's an interesting spot because it gives you a glimpse into Castro's past. 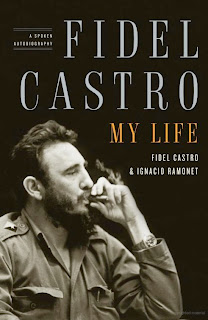